IT WAS a case of ‘doh!’ for Mo Farah when he tagged the wrong Gallagher brother on a social media snap.

The Olympic gold medallist was keen to share the moment he cosied up to rocker Noel Gallagher at U2’s gig at Twickenham.

‘Chilling with my boy liamgallagher U2 concert in Twickenham!’ the 34-year-old wrote. Liam, who has recently upped his public feud with his big brother, was quick to notice and tweeted the perfect response.

In Sir Mo’s defence he at least captioned his Insta snap correctly.

Noel, 50, was the support act at the U2 gig, where he sang the Oasis hit Don’t Look Back In Anger. 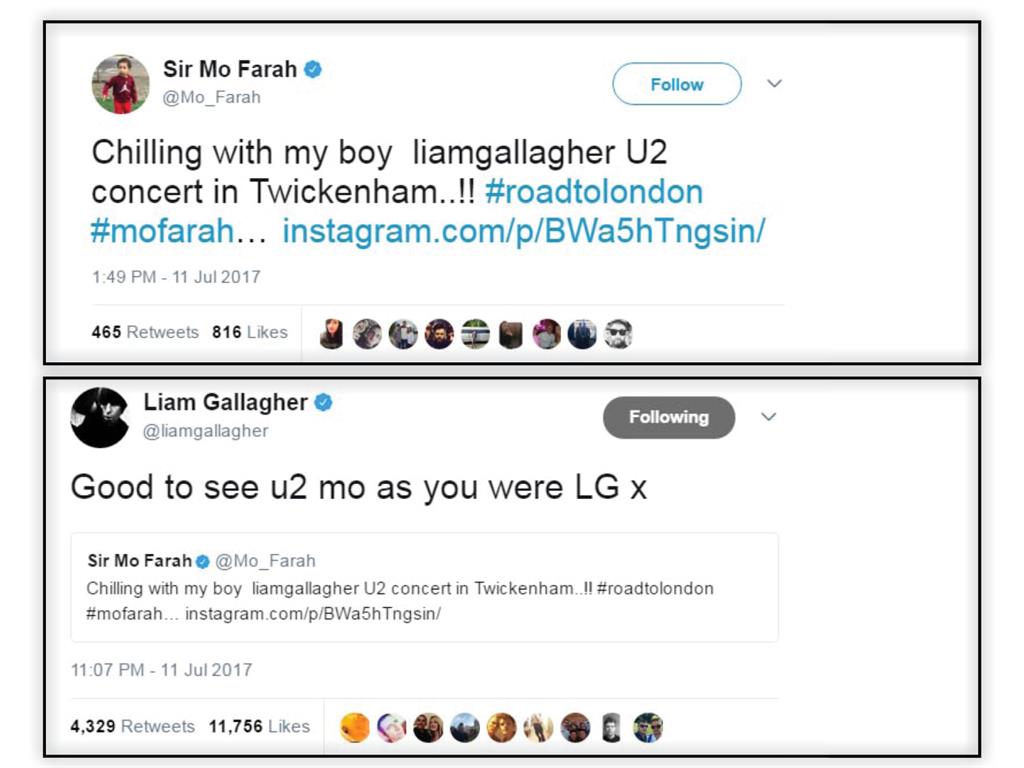