ORLANDO BLOOM doesn’t want to talk about those pictures of him paddleboarding naked while on holiday with former girlfriend Katy Perry last year — and he’s got a very good reason why.

Speaking on Nick Grimshaw’s BBC Radio 1 Breakfast Show, he initially tried to brush off chat about the infamous snaps.

‘It’s been talked about so much I’m over it already,’ he said.

But when Grimmy informed him that it’s the second search that comes up online when Googling his name, the Pirates Of The Caribbean star ruefully responded: ‘Great man, fantastic, thank you … My poor son! He’s got a lot to live up to,’ adding: ‘I broke the internet.’

It’s not clear whether Orlando — who shares a son, Flynn, with his ex Miranda Kerr — was referring to his poor six-year-old having to live down his dad’s world wide web infamy or the size of his, er… paddle. 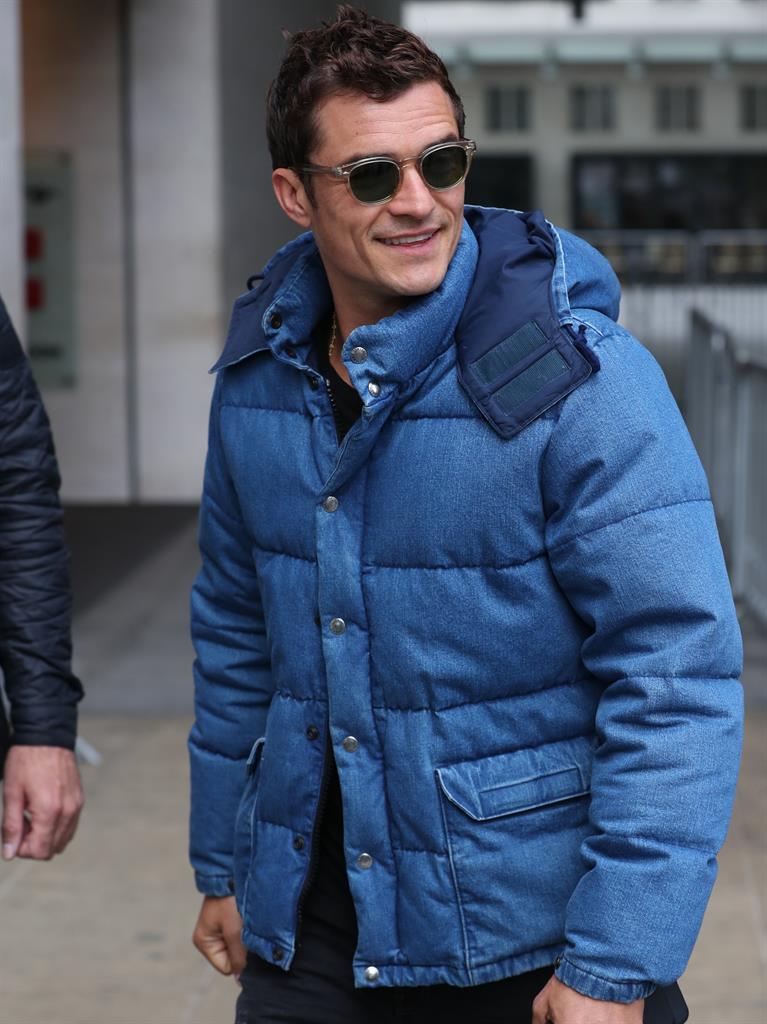 Either way, Orlando said it hadn’t put him off going starkers — on screen at least — in future.

‘I’m not really worried about getting my bits and bobs out,’ he shared.

Speaking about the paddleboarding incident previously, Orlando admitted that he had only gone the full monty because he believed he and Katy were ‘completely alone’.

‘It was extremely surprising. I wouldn’t have put myself in that position if I’d thought it would happen,’ he said.

‘I’ve been photographed a million times in a million different ways. I have a good radar. We’d been completely alone for five days with nothing around us.

‘So I had a moment of feeling free… What can I tell you?’

PREVIOUSChef Goldblum gets his sausage out