Ouch… tat hurts! Chris Hemsworth shows he is no superhero

CHRIS HEMSWORTH’S superpowers were nowhere to be seen when he had a tiny tattoo inked on his body.

The Thor actor squirmed like a kid having a vaccine after he decided to get a titchy tat to mark his Avengers role. 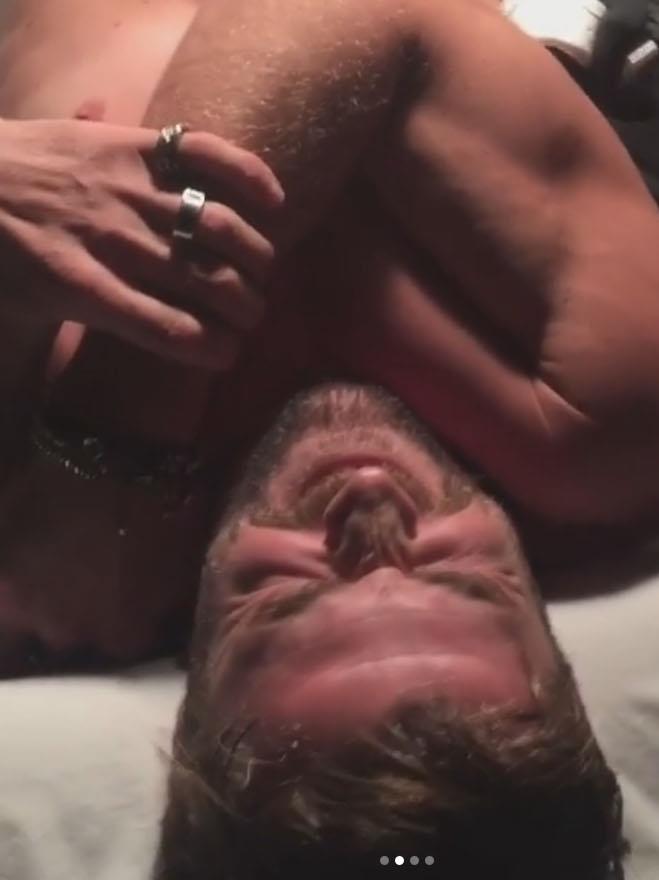 Quickly losing his steely composure, the dad-of-three tried his best not to swear, biting his tongue: ‘I love this shh….’

Asked by followers if the 34-year-old had buckled under the pain, Mr Lord said: ‘Superheroes don’t swear.’

PREVIOUSNow we’ll be Hoff on our honeymoon

NEXTHeights of Patz-sion? No, they’re keeping it casual, insist friends