MISCHIEVOUS Ben Brockman often found himself in the doghouse with parents Pete and Sue for telling tall stories in hit BBC sitcom Outnumbered.

And now Daniel Roche, who starred as the curly-haired youngster, could have got himself in a spot of bother with the actors who played his mum and dad on screen from 2007 to 2014.

Hugh Dennis and Claire Skinner delighted fans at the weekend by confirming they have begun dating, after friends confided that the romance began about 12 months ago. 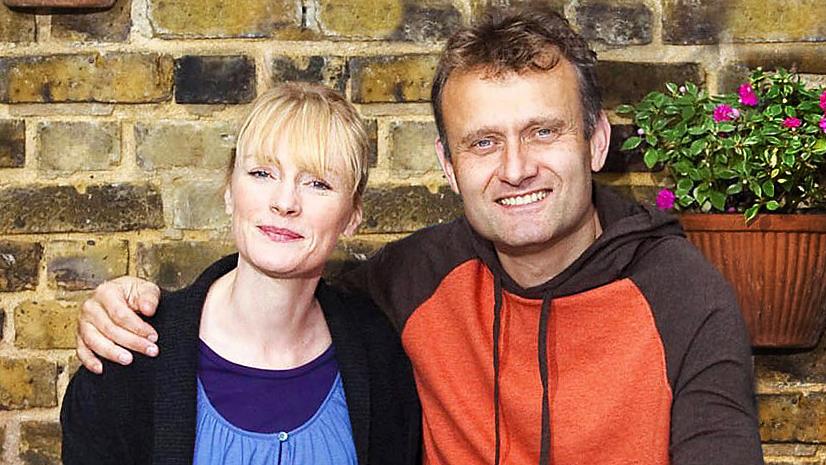 But the pair — who both split from their previous partners in 2015 — faced potential embarrassment when claims surfaced that Roche had declared: ‘They’ve been doing it for years.’

The 18-year-old is said to have added in a live Instagram chat: ‘They’ve been going out for years. They are together, they’re having a good time. It’s nice.’

Roche yesterday hotly denied making the comments, reported by The Sun. ‘I seem to have been misquoted in the press,’ he said. ‘I never ever meant to suggest that Hugh and Claire had been in a relationship for years and I wouldn’t have done because it simply isn’t true. I’m upset this has appeared in a national newspaper.’

The Londoner, who also played young tearaway William Brown in a BBC version of Just William, may have denied shooting from the lip. But Dennis, 56, and Skinner, 53, became well used to dealing with his challenging off-the-cuff remarks during their Outnumbered days.

He and screen siblings Tyger Drew-Honey and Ramona Marquez were encouraged to improvise their lines, adding to the sense of chaos at the Brockman home.

In real life, Dennis — who also appears in Not Going Out and is a panellist on Mock The Week — has son Freddie, 21, and daughter Meg, 19, from his marriage to Kate Abbot-Anderson.

Skinner has sons William, 19, and Henry, 16, with her ex-husband Charles Palmer, a TV director. She and Dennis are thought to be living together at his £1.2million London penthouse flat. ‘We are so very happy,’ he said at the weekend.

NEXTTess makes a Daly of it at Wimbledon