TV HOST Paddy McGuinness looks to be in hot water with his wife — who posted a cryptic message about ‘good things falling apart’ hours after he was pictured arm-in-arm with All Saints singer Nicole Appleton.

Shortly after the Take Me Out dating show host was snapped with the pop star, his wife Christine posted a quote on Instagram from movie icon Marilyn Monroe.

It read: ‘I believe everything happens for a reason. People change so you can learn to let go, things go wrong so you can appreciate them when they’re right.

‘You believe lies so that you will eventually learn to trust no one but yourself, and sometimes good things fall apart so better things can fall together.’

The 29-year-old mum-of-three later wrote on Twitter: ‘When you realise you deserve so much more… that’s not a bad thing.’ 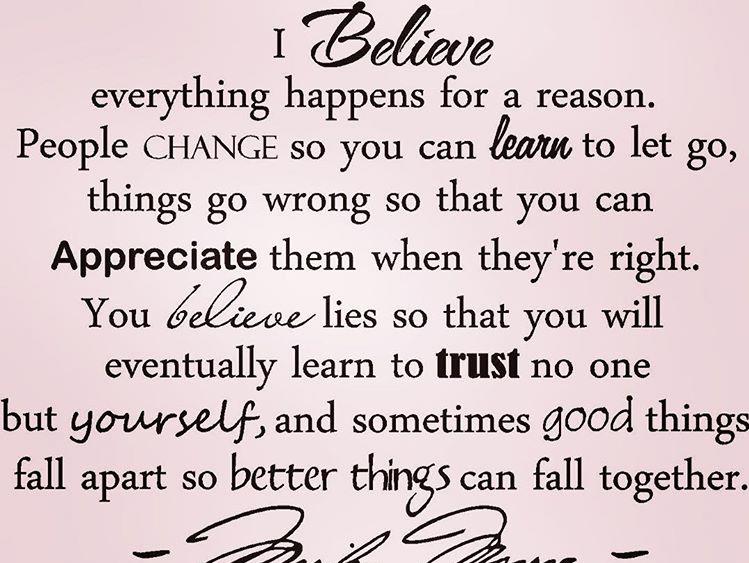 While she didn’t directly reference the pictures of her husband of seven years clinging to Appleton, her posts came hours after The Sun on Sunday printed snaps of the pair strolling, arms linked, in Soho, London, on Friday.

Her TV star husband, 44, has yet to give his take on the pictures.

It was reported he spent the night in a London hotel. The whereabouts of Appleton, 43, were not known.

Before heading out on Friday, Paddy tweeted: ‘That’s work finished. Here’s to the weekend! Got to be a takeaway for tea. What you having, muckas?’ He could face some awkward questions when he is interviewed tomorrow on the Radio 1 Breakfast Show with Nick Grimshaw.

Appleton divorced ex-Oasis frontman Liam Gallagher, with whom she has son Gene, 16, in 2014 after learning he had fathered a child with an American journalist.

Representatives for McGuinness and Appleton did not respond to Metro’s requests for comment yesterday.

PREVIOUSMabel on Harry Styles and her plan to rule the world

NEXTGeorge Clooney won over Amal’s heart with letters from pooch