PIERS Morgan surprised his Good Morning Britain co-star Susanna Reid and their guest Pamela Anderson when he made a revelation about his sex life live on air.

Anderson, who was on the early morning programme to speak about her new book Lust For Love, said that she feels that ‘the sexual revolution just gave us a lot of really bad sex’.

Anderson, laughing, replied: ‘You don’t need the book then, give it back.’

As the Canadian model and actress giggled along with Morgan, Reid — who had been stunned into silence for a few moments — said: ‘The things you never thought you’d hear on a network television programme at seven minutes past eight in the morning! Thank goodness some viewers are watching on plus one.’ 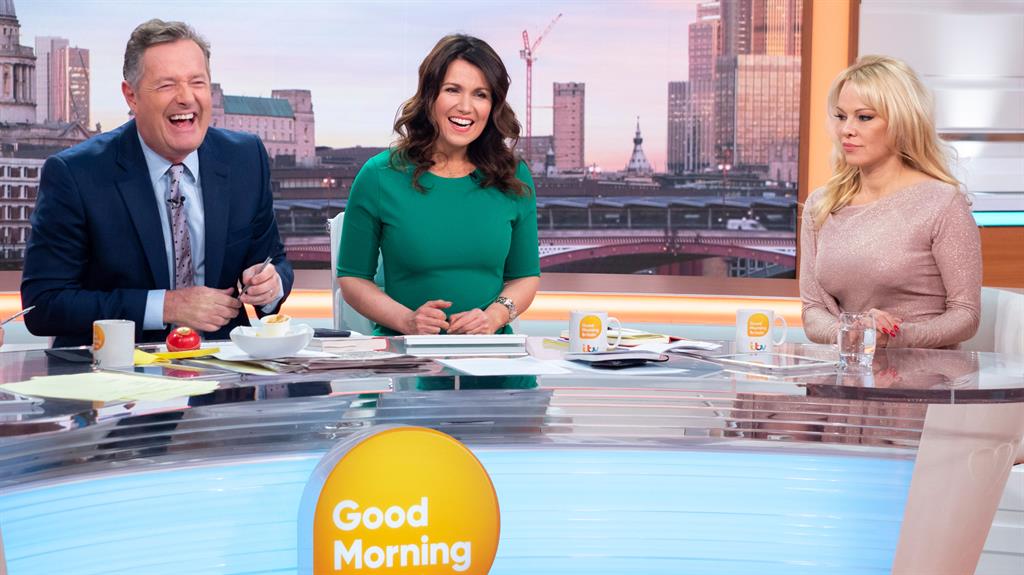 Anderson joked, to viewers, to ‘enjoy your Cheerios’.

Following an ad break, the discussion continued, with Anderson telling Morgan: ‘You think you’ve had good sex, but you don’t know if something better is out there.’

Reid said: ‘I feel a little bit like a third wheel.’

PREVIOUSJustin Theroux juices up his day with a mystery girl…