The Latin and ballroom ace competed in four finals and lifted the glitterball trophy in 2014 after partnering Love Island host Caroline Flack.

Referring to scoring 93 perfect tens during his time on the show, Pasha, 39, tweeted: ‘It’s time for me to find a new challenge and so I’ve decided to make last year my final season on Strictly.

‘I’ve had eight fantastic years, full of wonderful memories, thanks to the incredible partners, professionals and myriad of behind the scenes teams who all work to make Strictly the amazing production that it is.’

Flack, 39, was among the first to pay tribute to Pasha, saying: ‘So sad to hear the news. A total gentleman. You gave me some of the proudest moments of my life.’ 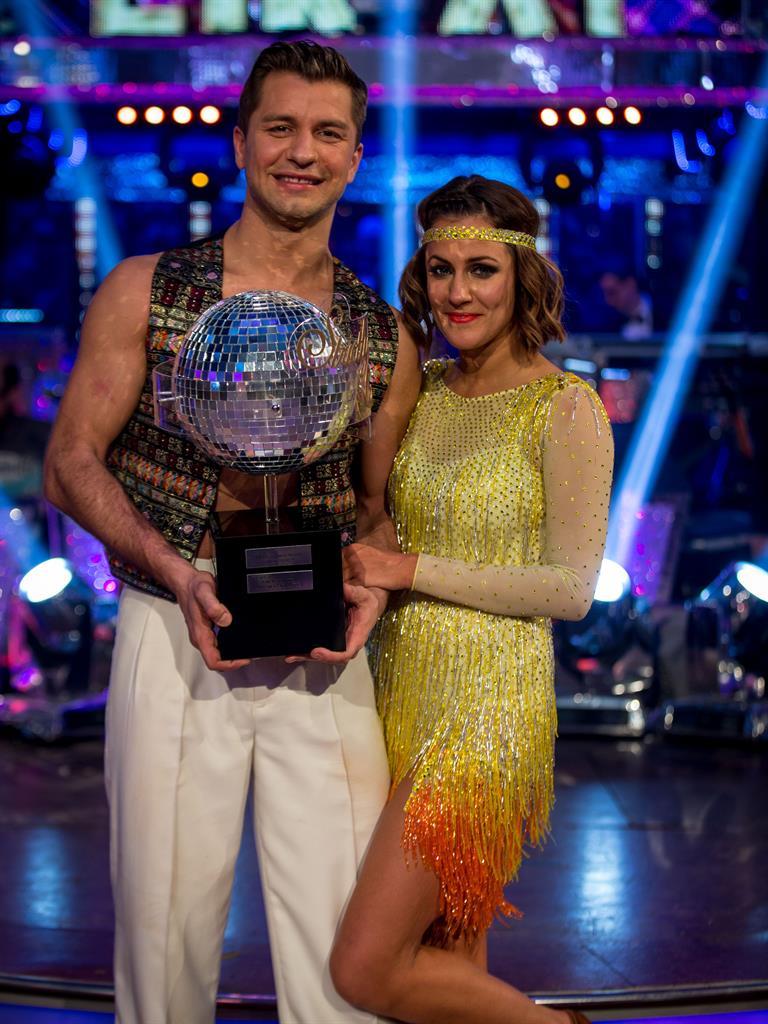 Show co-host Tess Daly told fans he was ‘a joy to work with’. She posted: ‘@PashaKovalev you will be so missed by the whole team @bbcstrictly.

‘We have loved having you be part of the show for the past eight years; you are so talented, a true gentleman & a joy to work with and we wish you all the very best of luck in the future’.

Fellow professional Neil Jones, 36, said: ‘He is a true gentleman on and off the floor and I have enjoyed every moment with you.’

Describing him as a ‘Strictly legend’, fellow professional dancer Joanne Clifton said the cast and crew of the flagship BBC show would miss Pasha ‘big time’.

Karen Clifton, who split from her husband, Joanne’s brother Kevin, last year described Pasha as an ‘all around gentleman and a fantastic dancer’ as she bid him farewell. She tweeted: ‘Gonna miss you so much. Love you buddy.’ Russian Pasha, who started dancing at the age of eight, joined the show for its ninth series in 2011, will still appear on the Strictly Come Dancing — The Professionals nationwide tour which starts in Salford in May.

He and celebrity partner, former Pussycat Doll Ashley Roberts made it to the final of last year’s series and they have just completed the live tour.

Pasha leaves Strictly having found love on the programme with Countdown’s Rachel Riley, 33, with whom he was partnered in 2013.