THE first gun to have featured on screen in a James Bond film is tipped to fetch £80,000 at an auction.

Once owned by actor Bernard Lee, who first played M, the Walther PPK appeared in the early scenes of 1962’s Dr No when he showed it to Bond, played by Sean Connery.

In the scene, Lee (pictured bottom) scolds Bond for his choice of a Baretta, which 007 swaps for a Walther.

The gun — then an active, unregistered firearm — was owned by Lee who had to go home and get it after the prop ordered by the film’s producers did not arrive. Bond’s gun featured in the rest of Dr No was a Walther PK, but was referred to as a PPK on screen. In 1974, Lee gave his gun to the current owner — then a teenager — as a ‘thank you’ to his parents for caring for him after a devastating fire at his home in Oare, Kent, that killed his wife Gladys.

In a letter to the vendor’s mother, Jane, he wrote: ‘I know you will not accept anything in return for all your help and the kindness that you and John have shown to me throughout these trying times but my conscience will not let it go unrewarded. 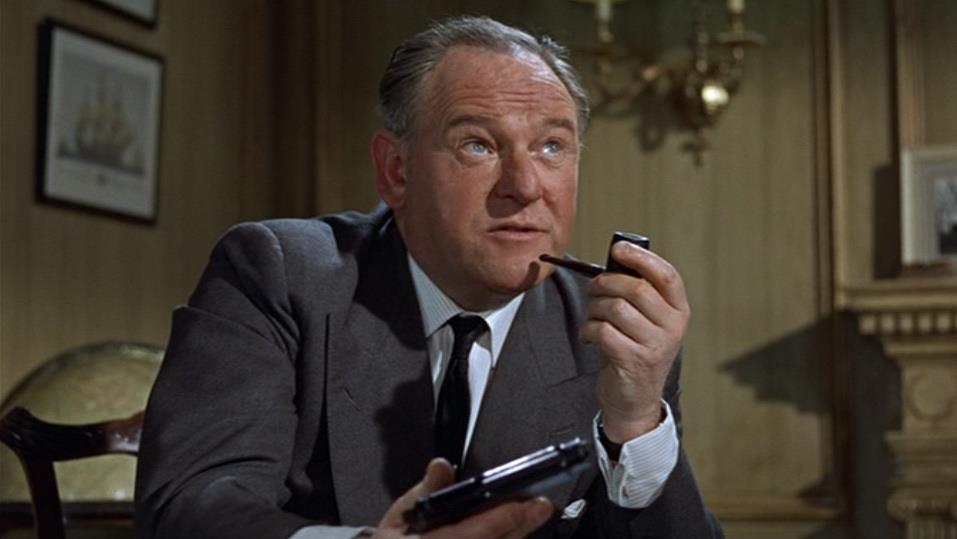 ‘Enclosed is a small token of my gratitude that I would like your boy to have as and when you see fit. This Walther pistol numbered 149894 is a small piece of 007 history.’

Lee died of stomach cancer in 1981, aged 73. The gun has since been deactivated and is now being sold by Humbert & Ellis of Northampton.

Auctioneer Jonathan Humbert said: ‘This is a superlative piece of British film history and the Walther PPK is synonymous with the 007 brand.’

Lee had removed the firing pin, and the gun now has no moving parts.

But Mr Humbert added: ‘We are expecting global interest in this singularly interesting item from an iconic film which continues to capture the public imagination.’

The pistol will be auctioned on December 6.