PHIL COLLINS has had to postpone shows after tripping up in his hotel room and hitting his head on a chair.

The former Genesis star fell as he got up in the night to use the toilet and was taken to hospital with a severe gash near his eye.

It came hours after he played the third in a run of five sell-out shows at the Royal Albert Hall in London on Wednesday night.

The remaining gigs, scheduled for yesterday and today, have been put back until November with tickets remaining valid. 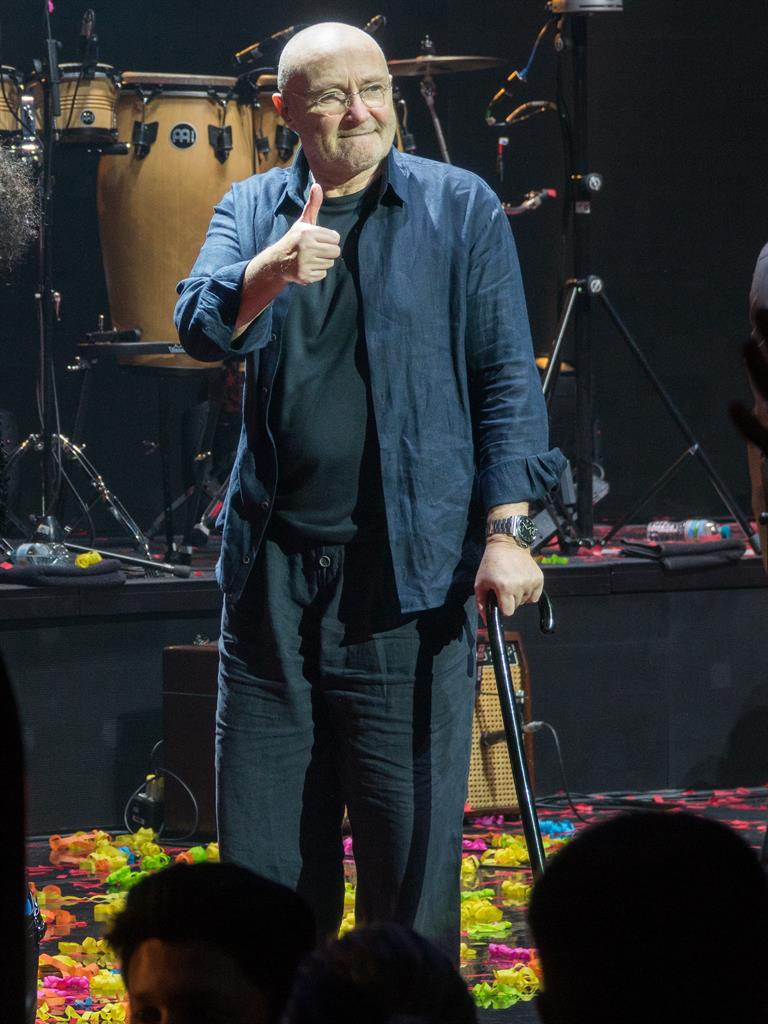 The 66-year-old, who had stitches and was to be kept under observation for 24 hours, hopes to resume his comeback tour in Cologne, Germany, on Sunday.

‘Phil sends his sincere apologies and thanks to fans,’ his management team said in a statement.

‘He has had a fantastic week, cannot thank people enough for their warm reaction and is excited to return.’ Another Day In Paradise singer Collins, who is due to perform in Hyde Park, London, on June 30, has difficulty walking as he suffers from ‘drop foot’after back surgery.

He sat down throughout his first Royal Albert Hall show on Sunday and used a stick as he walked on.

PREVIOUSHome to bed for Stormzy and troupers