THE Strictly Come Dancing professionals are back in rehearsals ahead of this year’s series.

The 17 dancers were photographed on the BBC show’s official Twitter feed in their training gear on Wednesday morning.

Included in the photo are the three newest professionals, Dianne Buswell, Amy Dowden and Nadiya Bychkova.

The post read: ‘Getting ready for #Strictly 2017. It’s the first week of rehearsals for our pros!’

It comes as the show gears up to celebrate its 15th series later this year, although no celebrity stars have been revealed yet. 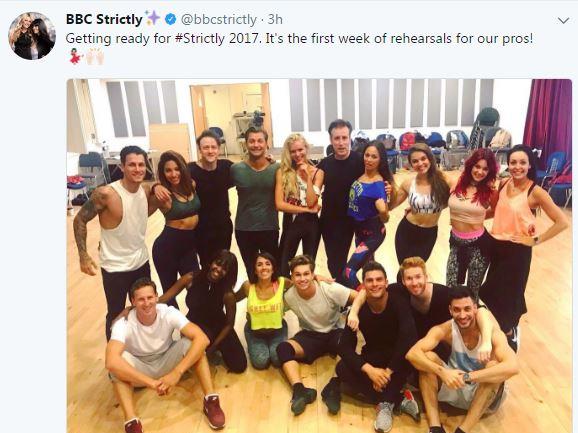 A launch show is usually broadcast towards the end of August, with the competition expected to begin around a month later at the end of September.

Celebrities rumoured to be involved in this year’s series — the first without former head judge Len Goodman — include Anne Robinson, Ross Kemp and Ruth Langsford.

NEXTA star is Shaun… but viewers insist on ‘Barry’