PIERS MORGAN has unexpectedly done his bit for feminism on International Women’s Day — by taking to task a ‘sexist’ Polish MEP.

The controversial TV host — who was vocal in his derision of January’s Women’s March — seemed to have changed his tune when he interviewed Janusz Korwin-Mikke on Good Morning Britain today. 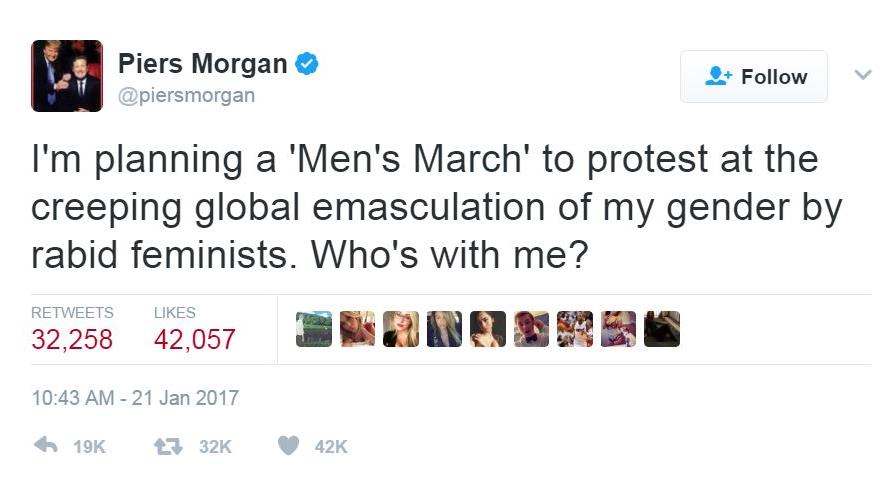 Earlier this week, the MEP was caught on camera saying: ‘Women must earn less than men because they are weaker, smaller and less intelligent. They must earn less, that’s all.’

And under crossexamination from Piers, Janusz repeated these assertions: ‘I only said that because they are shorter, they are weaker and less intelligent they are less aggressive, they earn less.’

‘By the way, a shorter man earns less than a tall man. The blonde earns more than a brunette. They are different, and it should not be equalised.’

For once Piers spoke for many women viewers when he labelled the Polish lawmaker a ‘horrendous sexist pig’.

But Piers’ apparent feminist awakening did not stop the two chaps dominating the conversation, with Piers’ co-presenter Susanna Reid wrapping up the segment by saying: ‘I do feel I sat on the sidelines while two men discussed the intelligence of women.’ 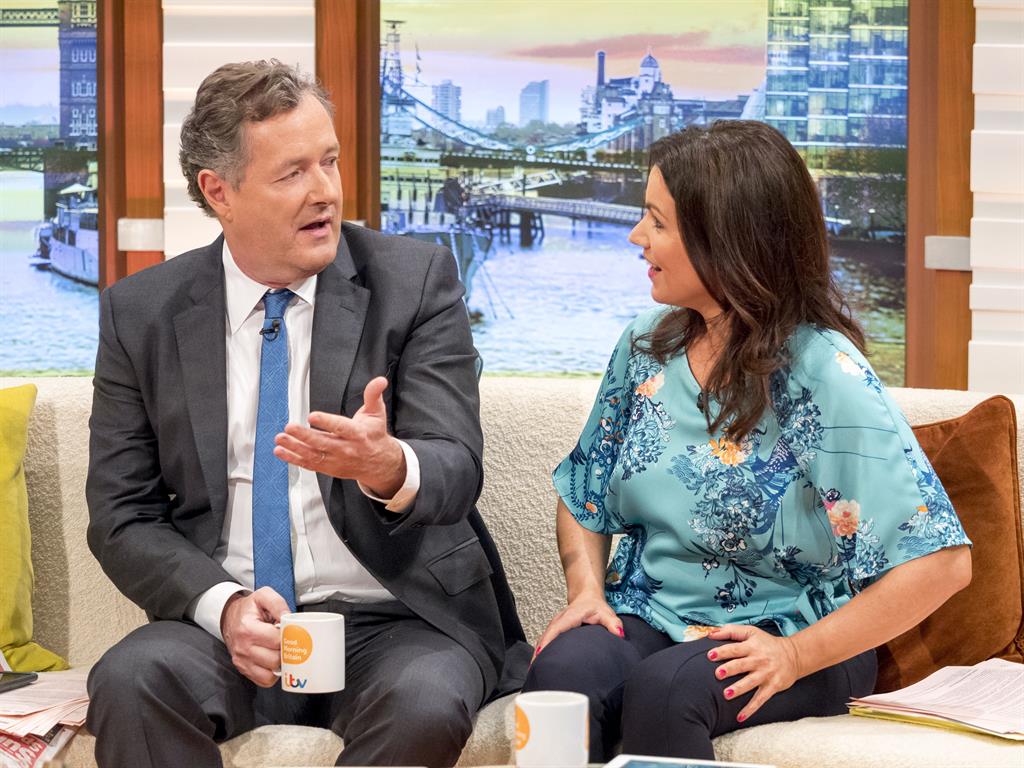 And later on in the show, Piers appeared to be back to his usual self, commenting that ‘women say very silly things’ after co-host Charlotte Hawkins asked him about his football team’s defeat.

PREVIOUSBoyega has ‘no time for’ Samuel L Jackson’s comments