PIERS MORGAN has backed Seann Walsh and Katya Jones to remain in Strictly Come Dancing as speculation mounts about whether the pair may quit the show.

Over the weekend comedian Walsh, who was in a long-term relationship, and professional dancer Jones, who is married to another dancer on the programme, were snapped ‘snogging like a pair of teenagers’, according to a witness — and Seann has since been publicly dumped by his girlfriend Rebecca Humphries.

But while yesterday, Good Morning Britain host Piers seemed to be scandalised by his co-presenter Susanna Reid’s view that it was ‘just a kiss’, today he said: ‘So one drunken snog is going to ruin everything for them?

‘Is that now the barometer for them?’

He added that Jones’s husband, dancer Neil, appears to have ‘accepted what happened as a mistake’ — with a cheeky naked snap (below) posted yesterday on Instagram — and that Walsh was ‘not married’ so ‘he can behave how he likes’. 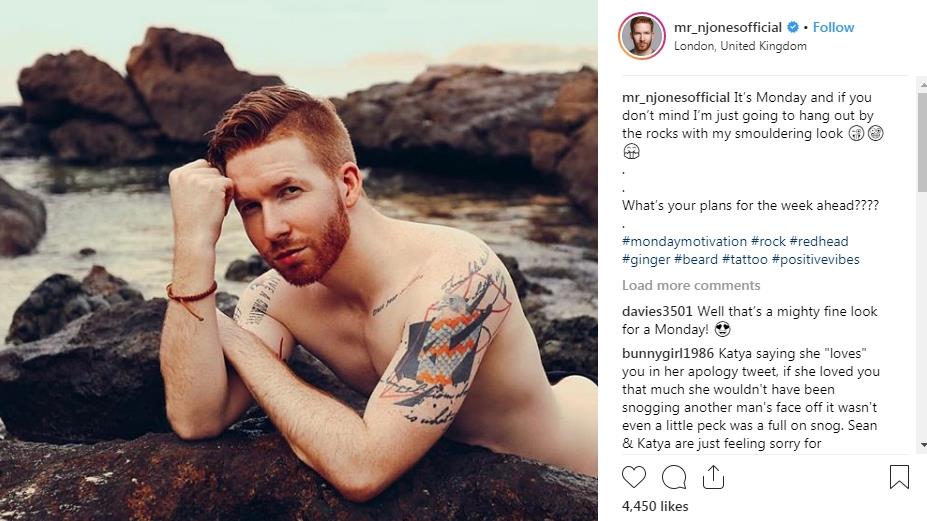 Susanna also seemed to have changed her tune, saying that Seann’s ex’s Twitter statement — which claimed Walsh ‘repeatedly calling her ‘psycho/nuts/mental’ —‘changed everything’.

And Piers now wants the pair to carry on dancing, saying he ‘can’t wait to watch them dance’ because it will be ‘fantastically awkward’ now.

He said: ‘I hope they come through the storm, I hope they do a fantastic performance, and I hope they rise above the fray,’ adding: ‘It’s just a dance show, nobody’s dead.’

Meanmwhile, an insider has indicated that if Seann and Katya stay on the show after the furore, their dance moves would be toned down.

Speaking to The Mirror, the source said: ‘There was a feeling that the touchy-feely dance they were doing was not appropriate given the circumstances.

‘The new one is much more fitting — no one wants to see them looking too sexy together, or too happy, when their partners are hurting.’