It all came about because the Good Morning Britain presenter was on the sofa plugging the second series of his ITV show Killer Women.

When Holly asked if interviewing women with violent pasts made him nervous, he replied: ‘Yeah, of course — the only time I’ve felt more apprehensive is sitting on the sofa next to you, Holly!

‘You know, with your grim reputation.’

Holly played along, saying deadpan: ‘Yes, you should be scared.’ 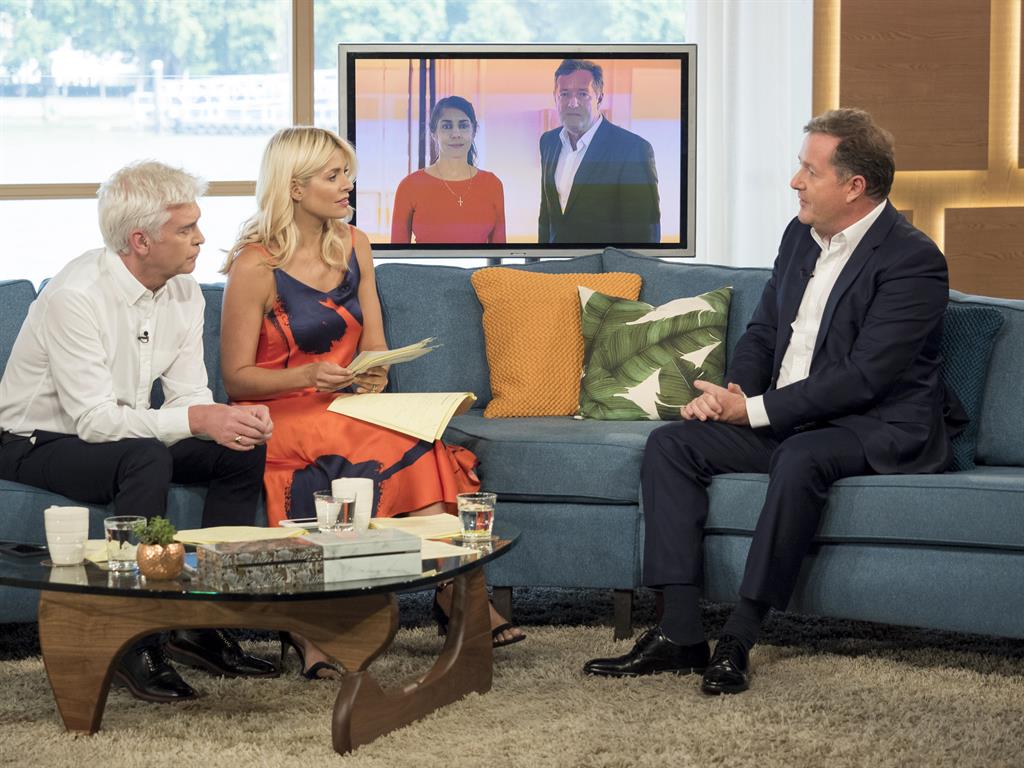 And true to her word she didn’t let him off the hook, asking the controversial journalist if he was ever scared about the death threats he receives.

Piers laughed this off too, however, reminding Holly that she got plenty of ‘aggro’ herself when she lunched with him last month.

He also admitted: ‘I play up to this, I’m very deliberately controversial.’

Over on his own show, the heat caused Good Morning Britain to go off air several times today, prompting Piers to say: ‘We’ve lost complete control and anything could happen!’

NEXTGraham Norton: ‘I did not have sex with my dog!’