PIERS MORGAN was back with a bang on Good Morning Britain today as the popular show moved to its new west London home.

Kicking things off controversially, the presenter posted a picture of himself with co-stars Susanna Reid, Charlotte Hawkins and Laura Tobin, which he captioned: ‘Piers’s Angels.’

While plenty of people welcomed his return, others immediately objected to the ‘sexist remark’.

‘I see three successful and competent women, they are certainly not ‘YOUR angels,’ wrote one disgruntled viewer.

‘WOW! What a completely sexist remark. Is this a photo and caption from 2018?’ commented another.

ITV Studios has moved its daytime productions to Television Centre in White City during the redevelopment of the South Bank site — and yesterday Susanna posted behind the scenes pics on Instagram of the pair checking out their new studio. 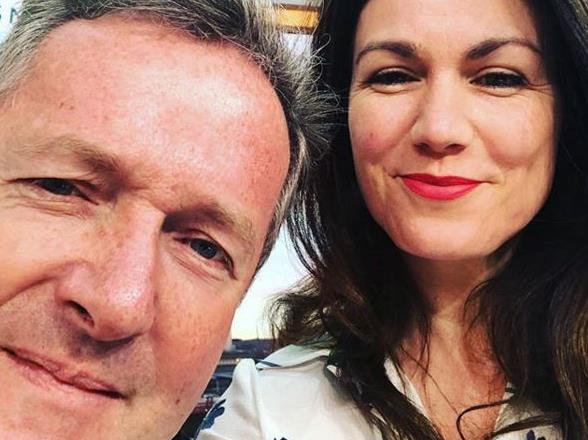 She captioned the image: ‘READY? We are BACK! … and in a whole new studio. See you all tomorrow ITV at 6am.’

And Susanna was right to issue the warning as Piers was up to his usual tricks within minutes, clicking his fingers to make the words ‘Wenger Out’ appear behind him — a reference to the beleaguered Arsenal manager. 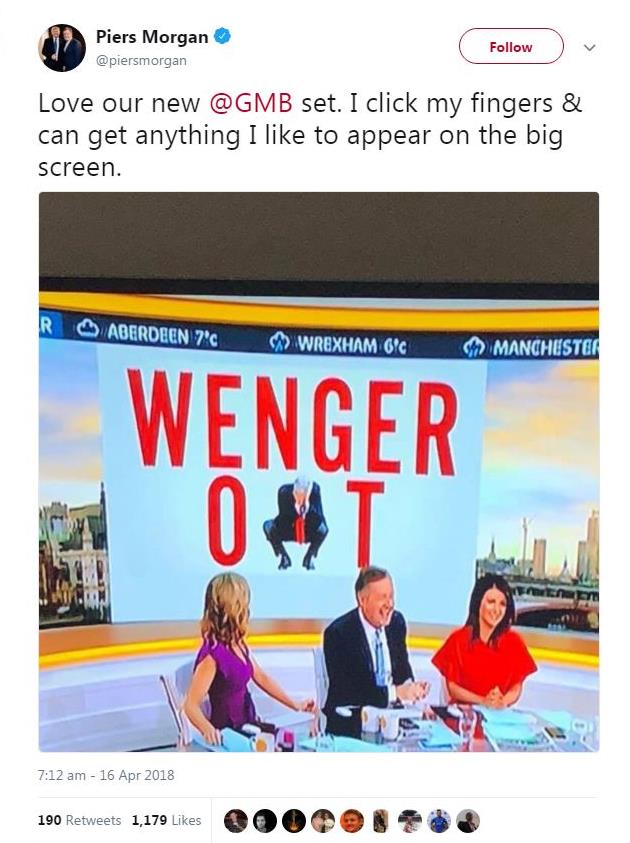 The cheeky presenter tried to do an impression of Lorraine while reading out a quote from her, which read: ‘Susanna Reid is a saint. I don’t have the patience to work with Piers.’ 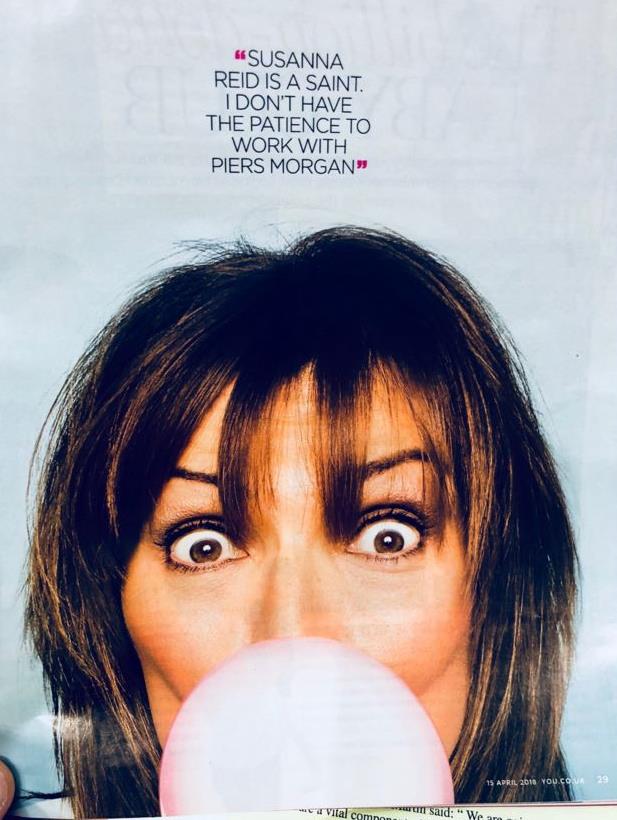 But Lorraine took it in her stride, saying he had a ‘rubbish accent’.

Piers also lost no time before launching into one of his customary rants — this time against relatives of the dead Hither Green burglar who have been leaving floral tributes outside the home of his victim.

Piers branded the act ‘absolutely disgusting’, and when someone else pointed out it was common practice for travelling communities to lay tributes at the scene of death, he cut in with: ‘I couldn’t give a stuff about how that community grieves!’

NEXTVoice winner Ruti is having a ‘surreal’ time