Piquant blinder… Becks on his curry night out

PEAKY BLINDERS superfan David Beckham spiced up his life with a lads’ curry night out.

Becks — who recently visited the set of the BBC gangster drama — drove his blacked-out Land Rover Defender to the restaurant in London’s Marylebone on Wednesday, wearing a Blinders-style baker boy hat. 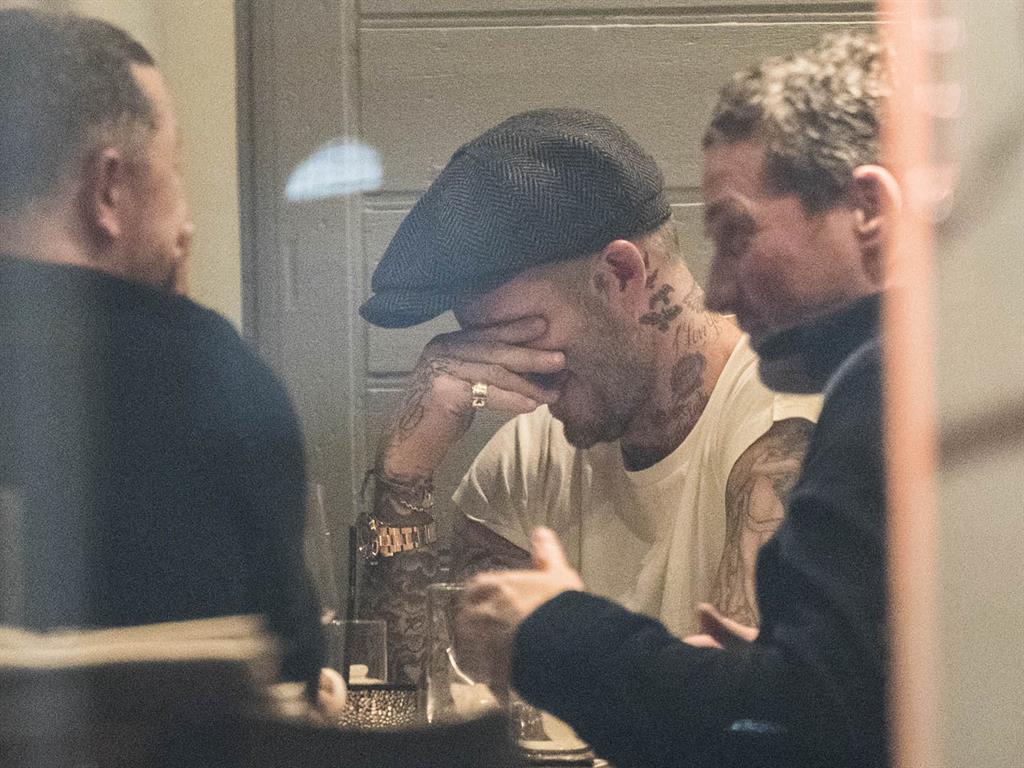 The 43-year-old was joined by friends including best mate Dave Gardner, hours after Posh admitted the pair have no plans for their 20th wedding anniversary in July.

‘We haven’t really talked about it,’ said Victoria, 44. ‘I cannot believe it’s been 20 years, I mean it makes me feel quite old.’

NEXTCeline Dion biopic The Power Of Love gets green light