KYLIE looked fabulous in florals as she was granted a private audience at Windsor Castle today.

But Ms Minogue, 48, wasn’t just there to look pretty — she was being presented with an award honouring her contribution to Anglo-Aussie relations.

And the tribute was handed to the pop princess by the Duke of Edinburgh himself, 95, who hosted her royally in the castle’s grand White Drawing Room. 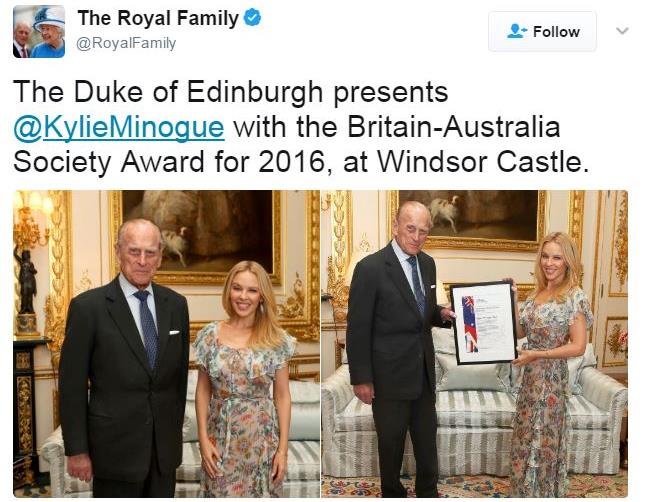 Retweeting the official pics of the Britain-Australia Society Award handover, Kylie captioned the shots: ‘What an honour. Thank you.’

Later, she posted a picture of herself looking gorgeous in the grounds, prompting approving comments from fans. 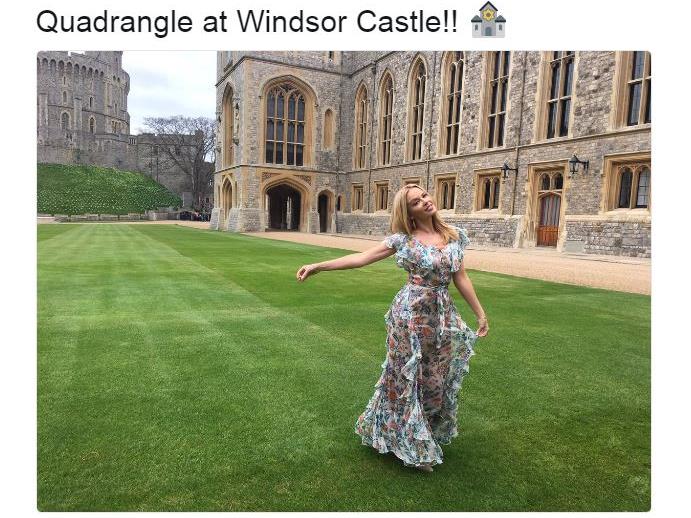 NEXTPam may have women seeing red