Posh had a Spicy reply ready for Boy George

POSH SPICE didn’t need any fancy language when she got her own back on Boy George, the Culture Club singer and DJ revealed.

After slagging off the girl power pioneers for years, George had cheekily asked Victoria Beckham for an autograph.

‘I nabbed her at a radio station and said, “Will you write something funny on this for me?” And she wouldn’t write what I asked her to write, but she wrote, “To the b***h, f**k off!”’

The Karma Chameleon singer told Aussie radio listeners how he got his karma comeback from the Spice Girl. ‘She’s a little bit more serious now isn’t she, but this was a fun moment in her life,’ added the 56-year-old during the interview with KIIS 1065.

As if to prove to George that she’s really not so serious nowadays, Victoria posted fun snippets online of the everyday world of a pop star turned hugely successful fashion designer.

They show the 44-year-old with a spring in her step as she walks hand-in-hand with six-year-old daughter Harper. 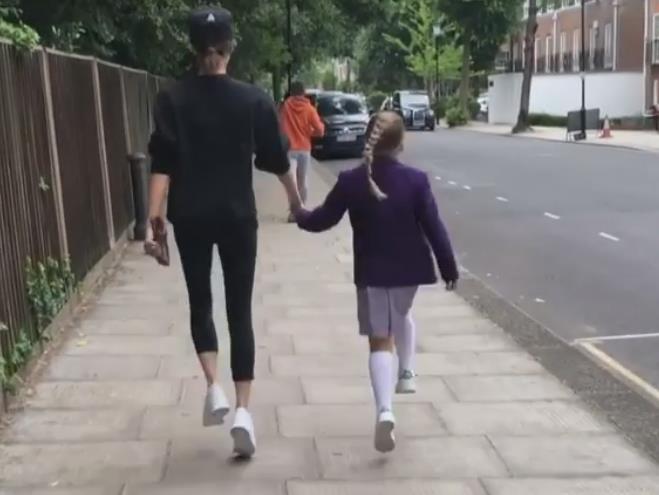 Mrs B posted the video which shows them skipping down the street on their way to Harper’s school in London.

She also used the opportunity as a perfect platform to mock her other half, David.

Victoria superimposed the former footballer’s head on one of Harper’s school uniform dresses. She captioned her cheeky snap: ‘Look who we found walking to school today! @davidbeckham’.

You never know, with Victoria’s eye for fashion it’s a look that could soon catch on. 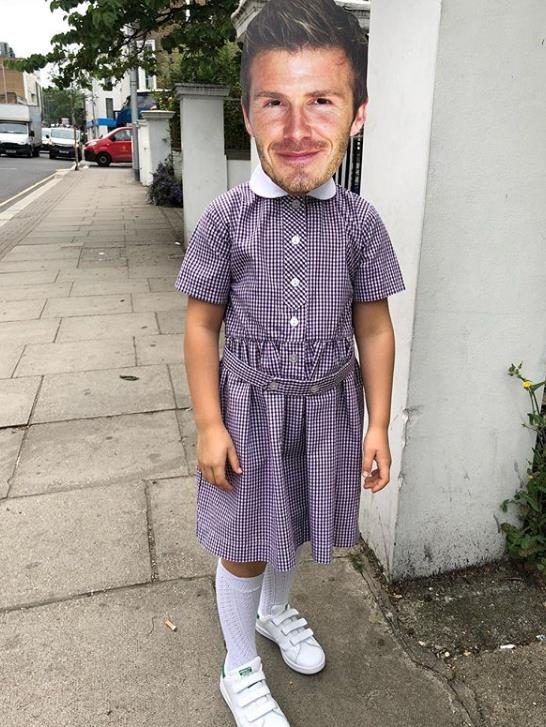