IT DOESN’T look like Brooklyn Beckham needs to worry about visiting his career advisor when he completes college this summer, as his mum has swooped in with a Posh job offer. 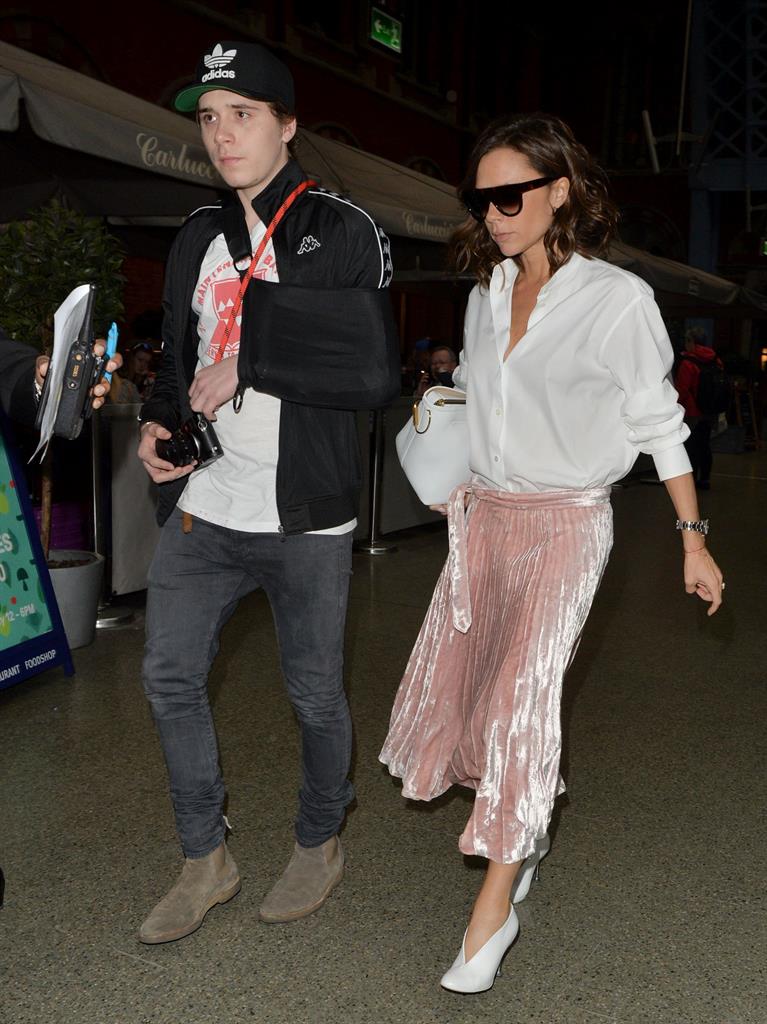 ‘When he finishes this summer at his college in North London, he’s going to work for Victoria,’ a source told heat magazine.

‘She thinks he has a fantastic eye for fashion and is very talented — he’ll have a creative/photography-type role.’

The lucky lad is reportedly very close to his mother and it seems the new job could involve him being her right-hand man.

The source said: ‘They’re very close and he spends a lot of time following her around the world, giving her advice on her work.

‘He steps in to look after her when David is away. Nobody makes her laugh as much as Brooklyn does.’