Queen of pop is stung over the queen of soul

MADONNA is adamant her ‘tribute’ to Aretha Franklin wasn’t meant to be an official homage after fans slammed her ‘self-indulgent’ speech.

On Instagram last night the queen of pop insisted in ‘2 minutes with all the noise and tinsel of an award show’ she didn’t have enough time to talk about the queen of soul properly having rambled about her own journey as an 18-year-old dancer for ten minutes.

Madge spoke in front of a projection of Franklin but later posted: ‘I was asked to present video of the year by MTV! And then they asked me to share any anecdotes I had in my career connected to Aretha Franklin! I shared a part of my journey and thanked Aretha for inspiring me. I did not intend to do a tribute!’ Social media comments included: ‘Does Madonna know Madonna didn’t die?’ 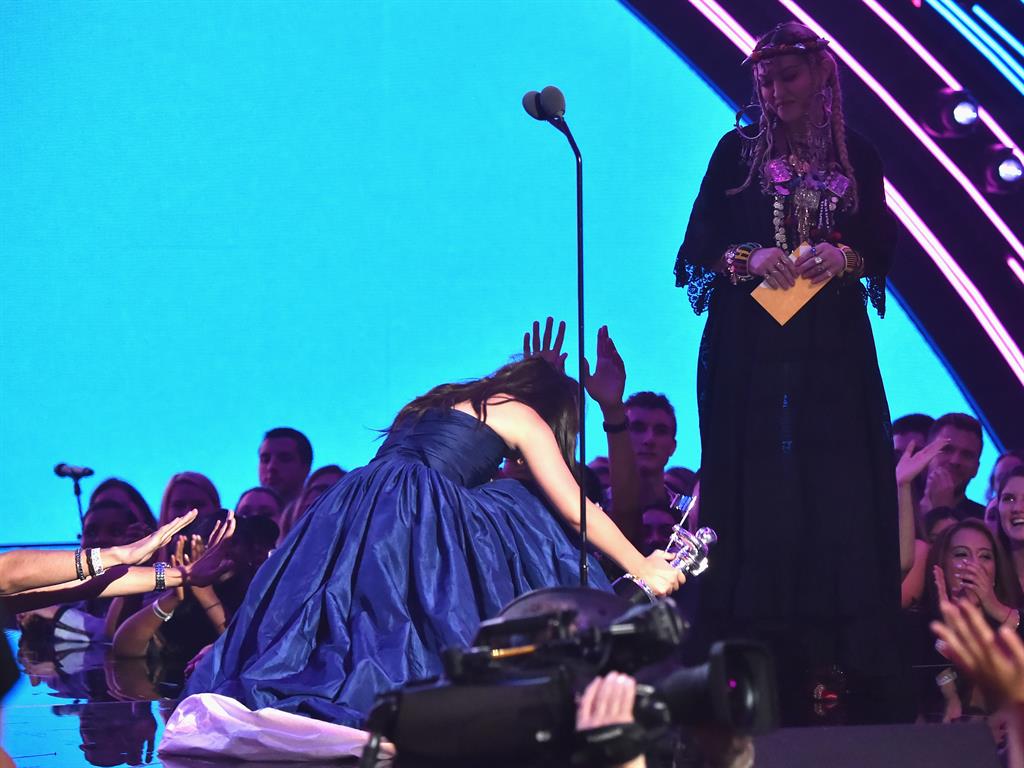 ■ CAMILA CABELLO took the lyrics to Madonna’s Take A Bow literally after receiving the video of the year gong from the Queen of Pop. The excitable 21-year-old knelt down in front of Madge, 60, and gushed: ‘My hands are literally shaking. I’m never going to forget this moment. Madonna, I love you so much.’

PREVIOUSRedemption is Swift for Taylor after MTV snub