Queen of the castle! Lady Gaga bouncys back

HU-RA-RA-AH-AH-AH! Lady Gaga’s ‘little monsters’ rejoiced as she kicked off her Joanna world tour in style.

Raising the roof at the Rogers Arena in Vancouver, the Bad Romance singer stormed through a 22-song set list. 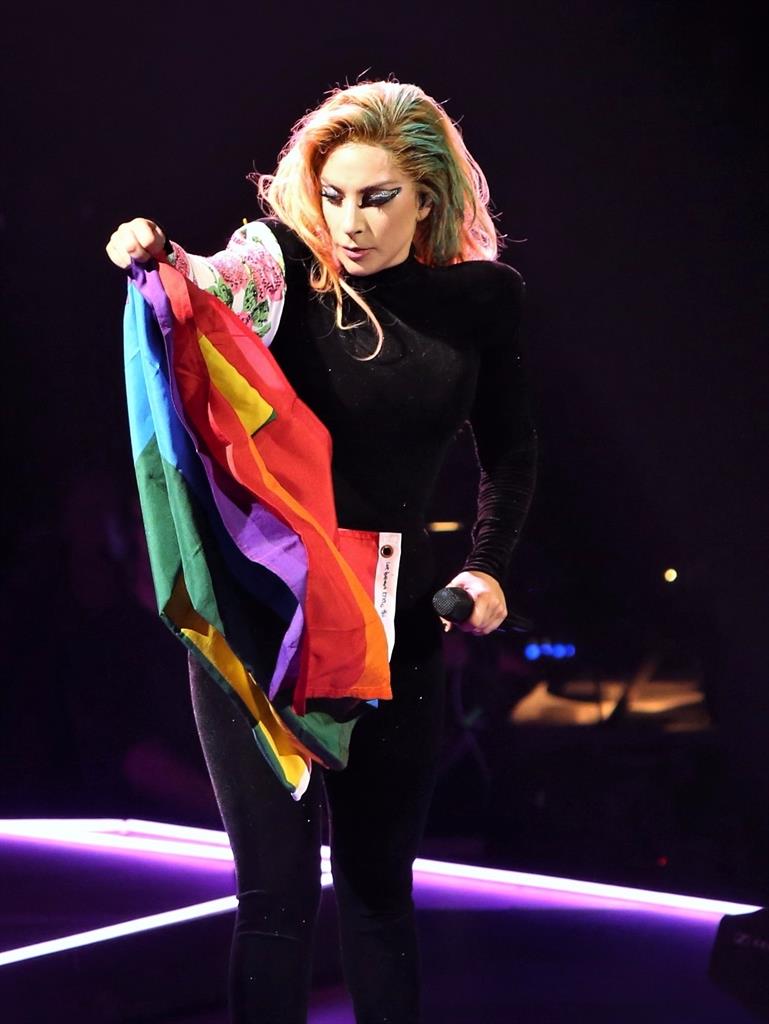 Not to mention, of course, an array of eye-catching outfits. Clotheshorse Gaga raided the world’s wackiest wardrobe.

The 31-year-old seemed to be wearing a bouncy castle as she wrapped up in a floor-length red dress, before switching to a rather more angelic ruffled all-white number, complete with a feathered mask.

However, it wasn’t all style over substance on Tuesday, and matters turned political when Gaga appeared to take aim at Donald Trump by waving a rainbow flag on stage.

Fans interpreted this as a dig at the US president’s recent ban on transgender people in the military. 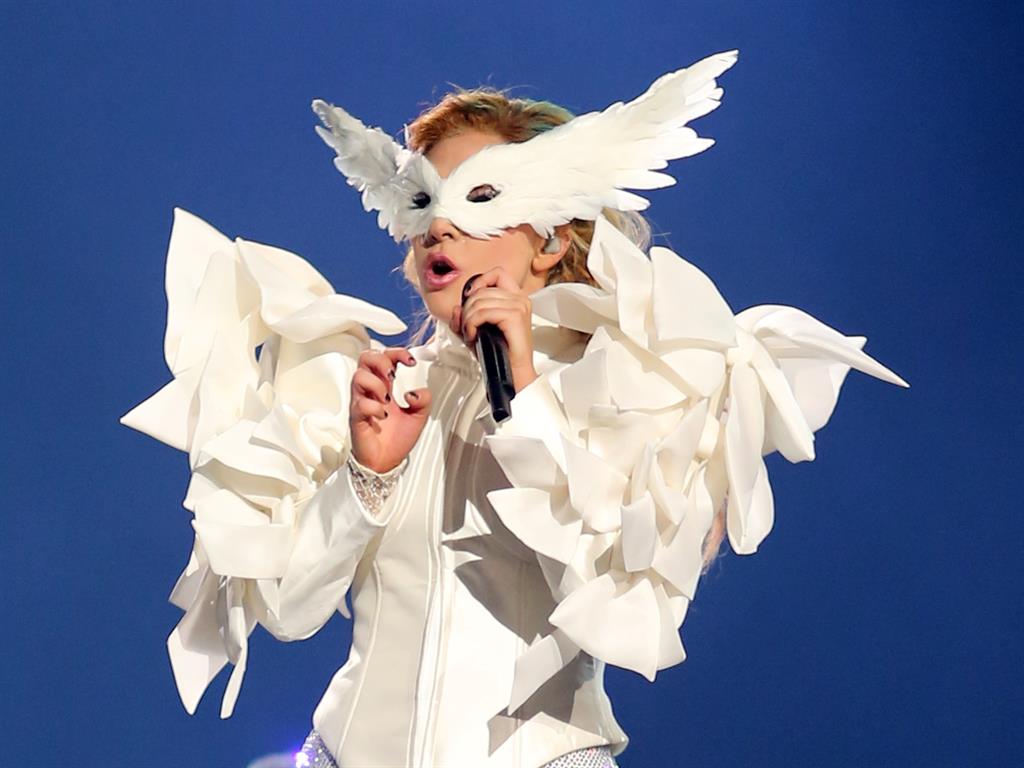 NEXTBeyoncé has her eyes on the Houston Rockets