COUNTDOWN star Rachel Riley revealed she has been called a ‘Tory, brainwashed and thick’ for criticising Jeremy Corbyn over the ongoing anti-Semitism row.

The TV presenter (pictured), who is Jewish, has been critical of the Labour leader, whose party has been accused of racism.

On Tuesday, Riley tweeted two screenshots, one showing London mayor Sadiq Khan wishing Jews a happy Rosh Hashanah, and another that alleged Mr Corbyn praised an activist who called for Israeli MPs to be assassinated.

Riley, 32, captioned the post: ‘Another game of spot the difference between Labour leaders… @MayorofLondon vs Jeremy Corbyn.’ 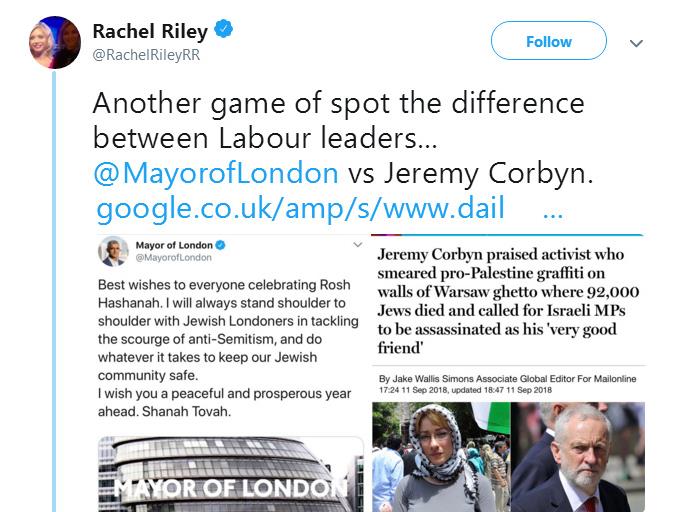 Riley followed up those posts with a tweet saying she had been the victim of abuse.

She said: ‘Much as I appreciate being called Tory, brainwashed and thick, I don’t have any party loyalties, I form my opinions based on available evidence.

Mr Corbyn has denied allegations of anti-Semitism and spoke of his ‘pain’ at being called a racist and compared to Enoch Powell during the anti-Semitism row that has ripped through Labour.