The Watford foursome performed their single Dimelo with Wyclef Jean, which is now on sale with all profits going towards the children’s hospice charities Together for Short Lives and Shooting Star Chase.

They had also impressed judges with their self-penned songs Touche and Mona Lisa.

Beaten finalist Grace Davies, 20, from Blackburn had reprised ‘Too Young’ — another self-penned song, which reached No.3 in the iTunes chart after she showcased it earlier in the series. 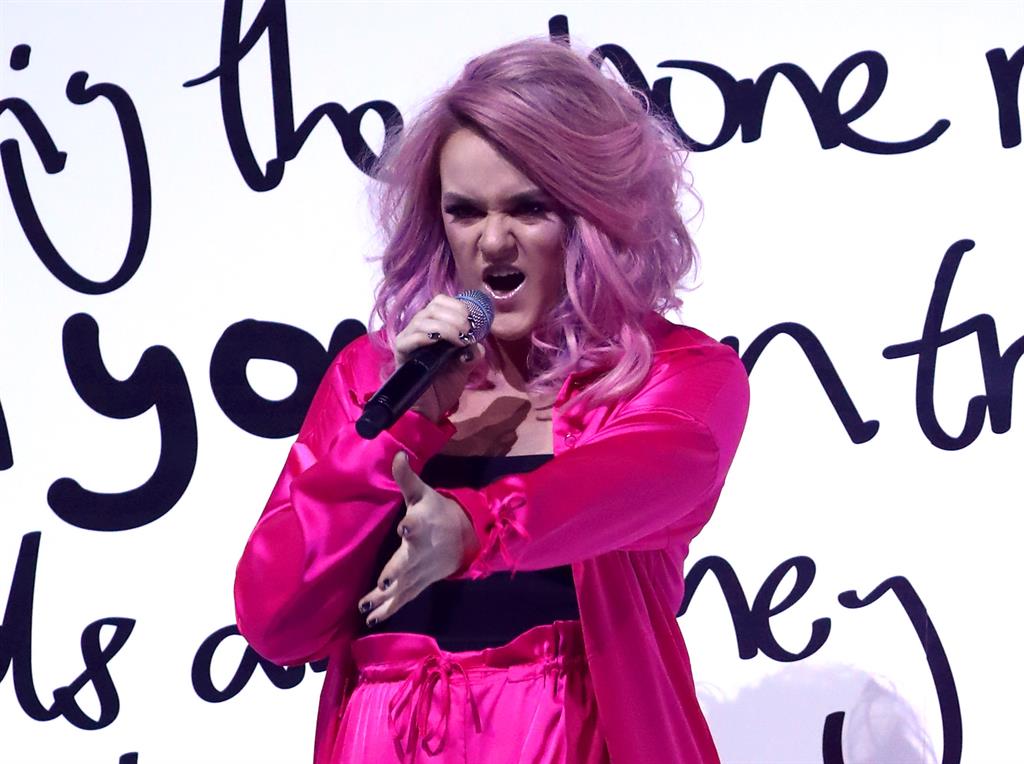 Judge Simon Cowell told the finalists: ‘I think maybe you have changed this show for ever because you write your own songs.’

Just 4.4million tuned in to see the first-leg of the final on Saturday, 1.1million down on last year and a fraction of the 19.4million who watched in 2010.