RAMI MALEK, soon to be seen as Freddie Mercury in Bohemian Rhapsody, has hit back at accusations that the movie trailer ignores the Queen frontman’s Aids battle.

Malek, 37, who won the controversial role after Sacha Baron Cohen quit, also defended the promo’s focus on Mercury’s ex-girlfriend Mary Austin instead of his male lovers.

‘It’s a shame that people are making remarks after a minute teaser where you just wanna see the music. It’s difficult,’ the actor told Attitude magazine. ‘I don’t think the film shies away from his sexuality or his all-consuming disease, which is obviously Aids.’ 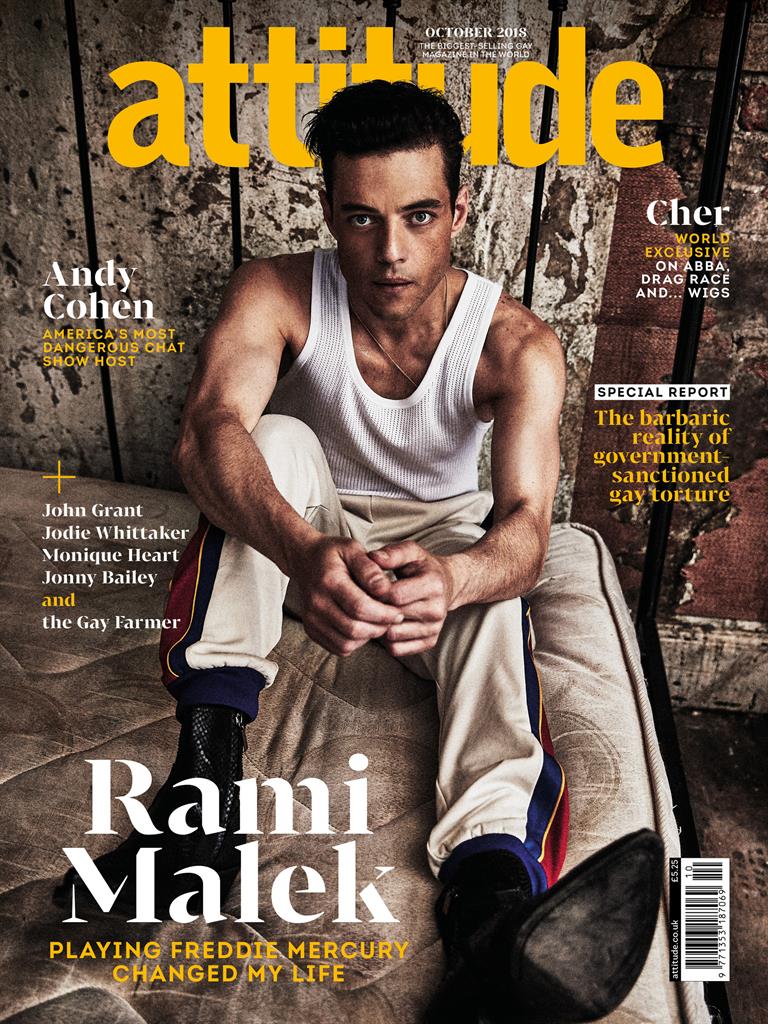 Talking about Austin, he described her as Mercury’s ‘soulmate’, adding: ‘They just had this infinite understanding for each other.

Read the full chat in October’s Attitude, out today.