But he fears the moment Nicole Kidman swerved his hug at Sunday’s ceremony may haunt him forever.

Rami, 37, said it immediately dawned on him he’d become an internet meme when Kidman, 51, appeared to snub him. 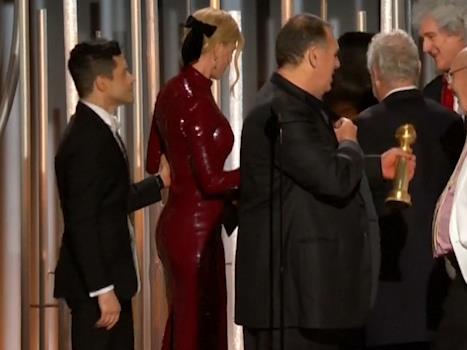 ‘I’ve known her for years, despite what it may seem from that video, he said. ‘So I thought I could go up and say hi. But in a moment like that, it was very awkward. I have a feeling it was haunting me on the internet.’

But Rami, who is up for best actor for playing Freddie Mercury at at next month’s Bafta Awards, said there were no hard feelings. ‘I got love from Keith [Urban] that night, her (Kidman’s) husband. He’s a massive Queen fan,’ he said.