BOHEMIAN RHAPSODY star Rami Malek has revealed that finding fame was far from a pizza cake.

The American, crowned best male actor in a leading role at the Screen Actors Guild awards, spent his early years struggling for a break while working as a takeaway delivery boy in Hollywood. 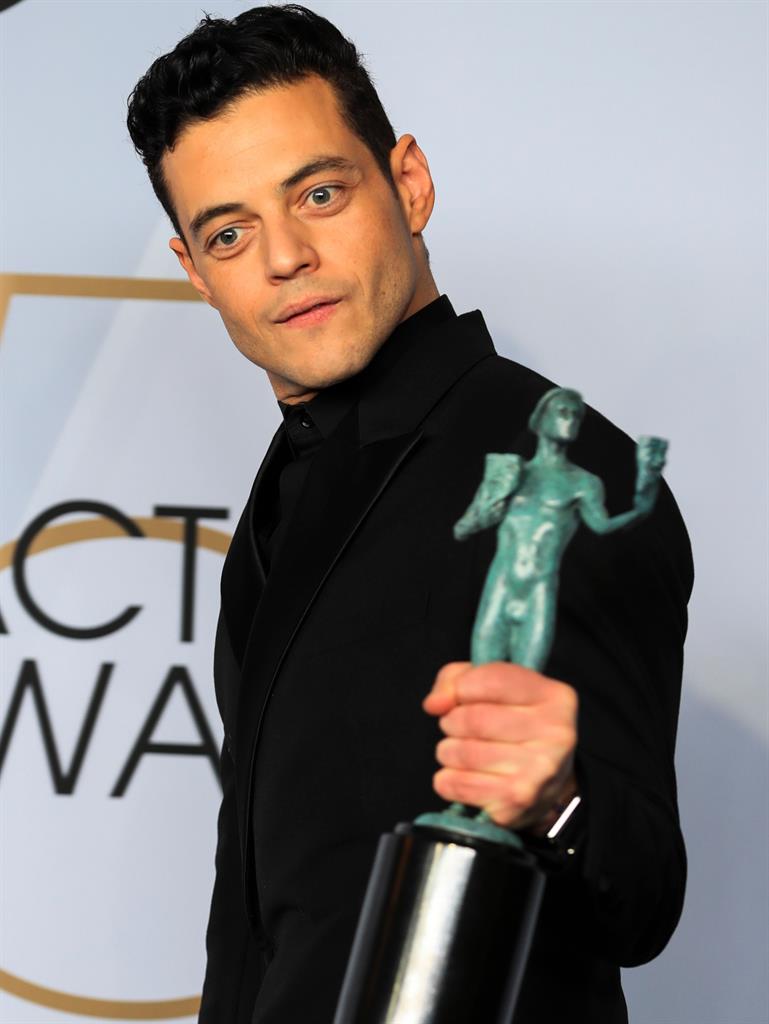 red. Speaking after the awards ceremony, Malek, 37, said: ‘After years of delivering pizzas and stuffing my headshot inside pizza boxes and to-go boxes at fast food restaurants someone finally called my card.’

The lucky call came from the casting director of the Gilmore Girls who gave him a bit part in 2004. Now he’s on the brink of winning an Oscar for his depiction of rock star Freddie Mercury in the Queen movie, which is tipped to be a billion-dollar box office success.

Malek celebrated his success with his co-star and lover Lucy Boynton, 25.

Oscar hopefuls The Favourite and A Star Is Born left the ceremony in Los Angeles empty-handed while Black Panther won the top prize for best ensemble cast.

Bradley Cooper’s directorial debut, A Star Is Born, in which he plays a fading country star opposite Lady Gaga’s aspiring singer-songwriter, had four nominations, including for leading actor and actress. Gaga, 32, who lost out to Glenn Close for The Wife, consoled herself by smooching her fiancé Christian Carino. British hope Olivia Colman, 44, star of The Favourite, was also beaten by Close, 71.

Malek defeated another Brit, Vice star Christian Bale, 44, to his gong. And Mahershala Ali, also 44, won for outstanding performance by a male actor in a supporting role for Green Book, triumphing over Richard E Grant, 61.

The lone British winner was Emily Blunt, 35, named best supporting actress for her role in A Quiet Place, which was directed by and co-starred her husband, John Krasinski.

She said: ‘I am going to share this with my husband because the experience of doing this with you has completely pierced my heart. Thank you for giving me the part, you would have been in major trouble if you hadn’t.’

PREVIOUSThe secret of Margot Robbie’s success is a brekkie ban