REBEL WILSON has ’fessed up to having her Vogue cover Photoshopped ‘a bit’ after fans panned her dramatic change of image. 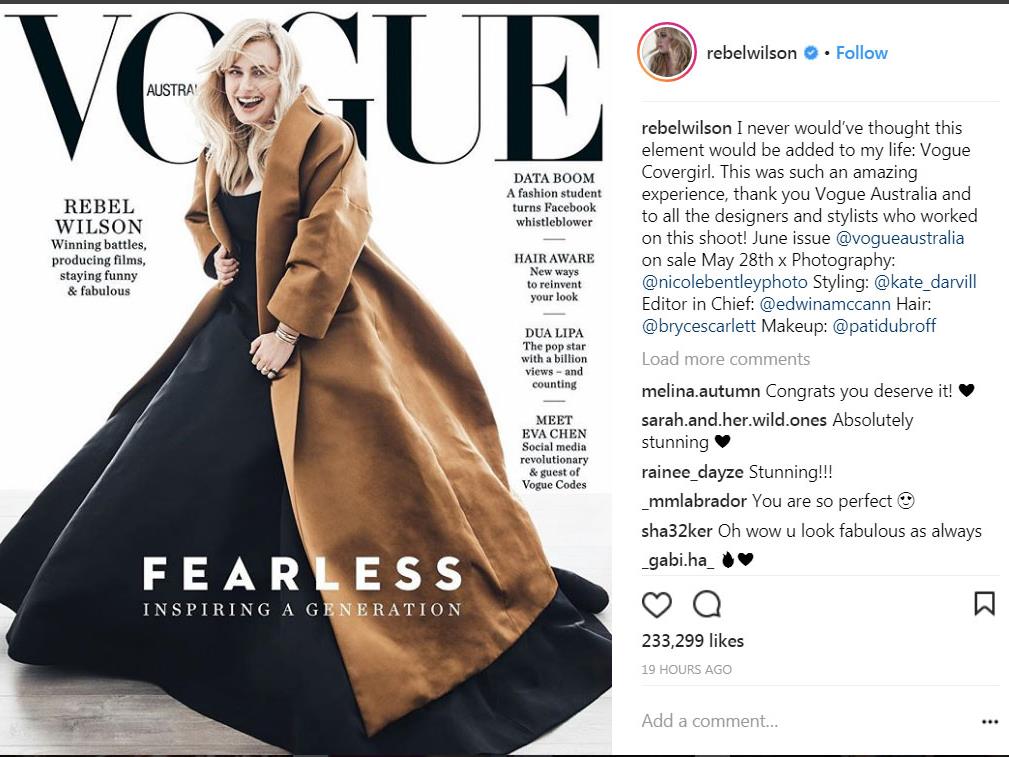 Addressing the jibes, the 38-year-old posted shots she claims are untouched, from her shoot with Vogue Australia. She admitted the snaps were tweaked ‘a bit’ but insisted they are ‘basically the same’.

She also joked on Instagram that she trained and ate healthily for a month beforehand, but wolfed brownies straight after.

NEXTLana Del Rey’s making sure that a star is Børns