REBEL WILSON finally got her man when she snogged screen crush Liam Hemsworth in the rain.

The Bridesmaids star was living the dream as the 27-year-old Hunger Games hunk tipped her back for a tender smooch on the set of new flick Isn’t It Romantic. 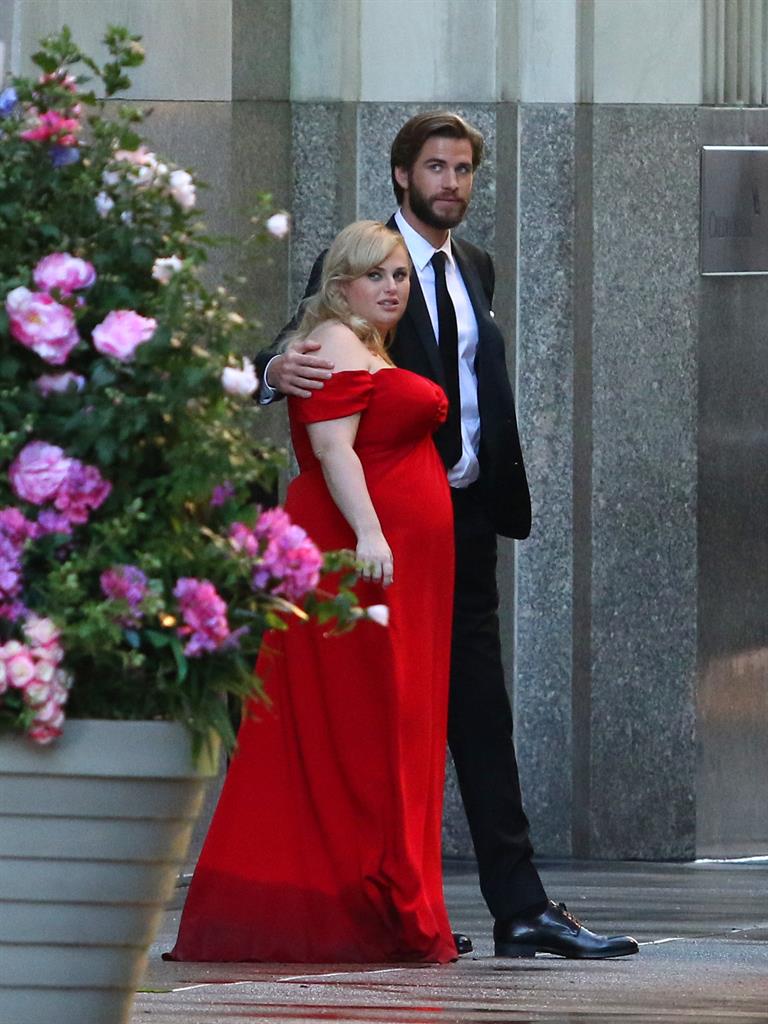 The Aussie stars are shooting scenes for the romcom in the Big Apple.

Wilson, 37, previously revealed the thought of locking lips with Miley Cyrus’s man was the only thing pulling her through her recent defamation lawsuit with Australian publisher Bauer Media.

The actress is seeking £4million in damages after a court sided with her over claims a magazine in her homeland bullied and falsely accused her of making up a rags-to-riches story as part of her bid to crack Hollywood.

PREVIOUSRoll Without It! Liam Gallagher in rant at cig ban