The 42-year-old actress was snapped lobbing the frozen treat, complete with sauce and sprinkles, at the screen icon during filming of a scene for series two of the hit HBO drama this week.

And when one fan tweeted he was ‘praying’ she had hit her target, Witherspoon — who plays Madeline Martha Mackenzie in the show — replied: ‘No need to pray. I got her.’ 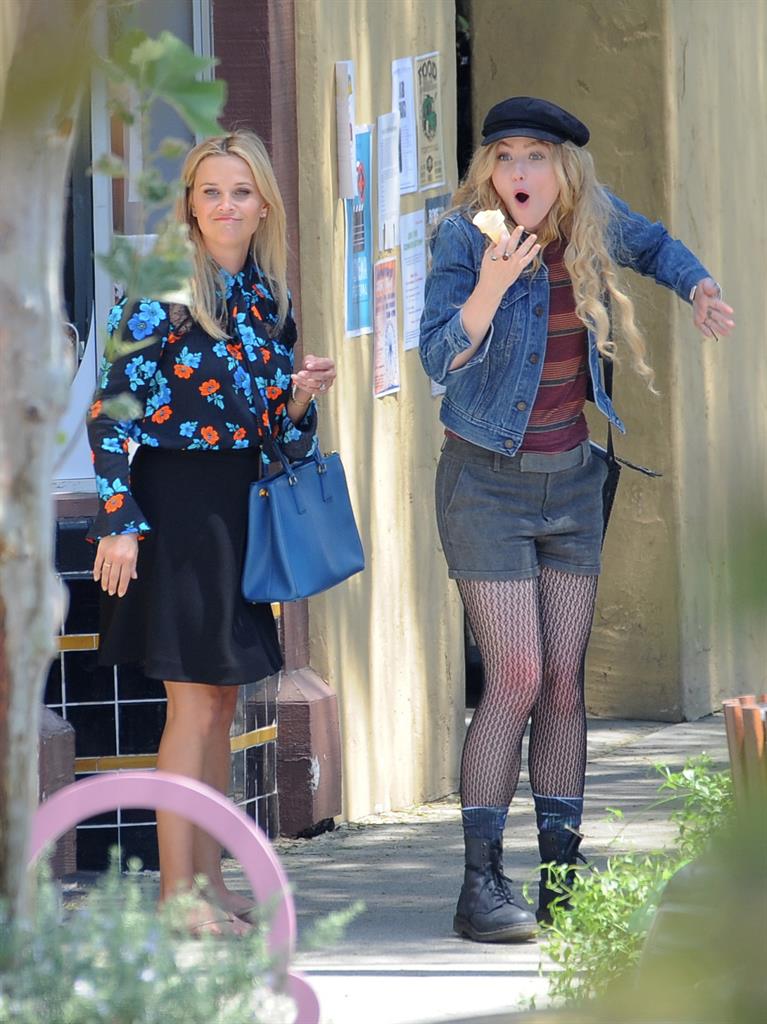 Pictures of the scene — shot in Los Angeles on Tuesday — show actress Kathryn Newton, 21, who plays Witherspoon’s daughter Abigail in the show, looking on in shock.

Oscar-winner Streep, 69, has joined the cast of the critically acclaimed show as Mary Louise Wright, who is the mother-in-law of Nicole Kidman’s character, Celeste.

In April, Kidman, 51, shared a snap of herself with Streep on the set, while Witherspoon said she was ‘beyond thrilled’ the Mamma Mia! star had joined the cast.

The first season showed the events leading up to a murder in Monterey, California. Series two will be aired on Sky Atlantic next year.