REESE Witherspoon is the latest star to fall victim to what looks like photo-editing fail.

The Big Little Lies star appears on the latest cover of Vanity Fair, alongside other A-listers from Oprah Winfrey to Harrison Ford, Nicole Kidman, Robert De Niro and Tom Hanks. 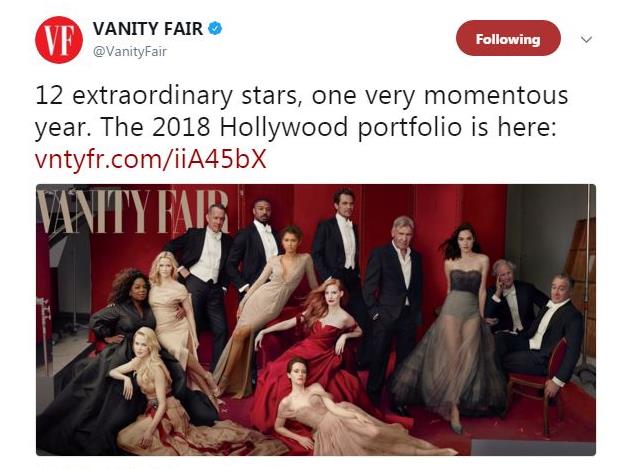 But in the picture, taken by legendary photographer Annie Liebovitz, it looks like she has three legs.

Luckily, Reese was able to laugh about her ‘new look’, tweeting: ‘Well… I guess everybody knows now… I have 3 legs. I hope you can still accept me for who I am.’ 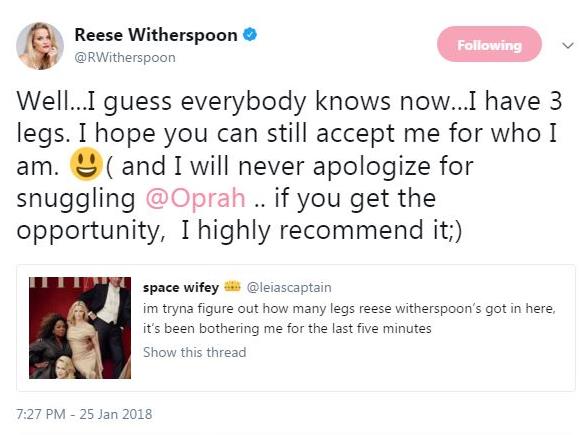 Later, the magazine later cleared things up, saying it was ‘just the lining of her dress’, which was flesh-coloured.

Another since-deleted snap of Oprah looking octopus-like with 3 hands was also explained away with a joke by the mag: ‘As for @Oprah, how can we expect her to juggle it all with just two hands?’

Less happily, James Franco had to be removed from the cover, following allegations of sexual misconduct by five separate women. 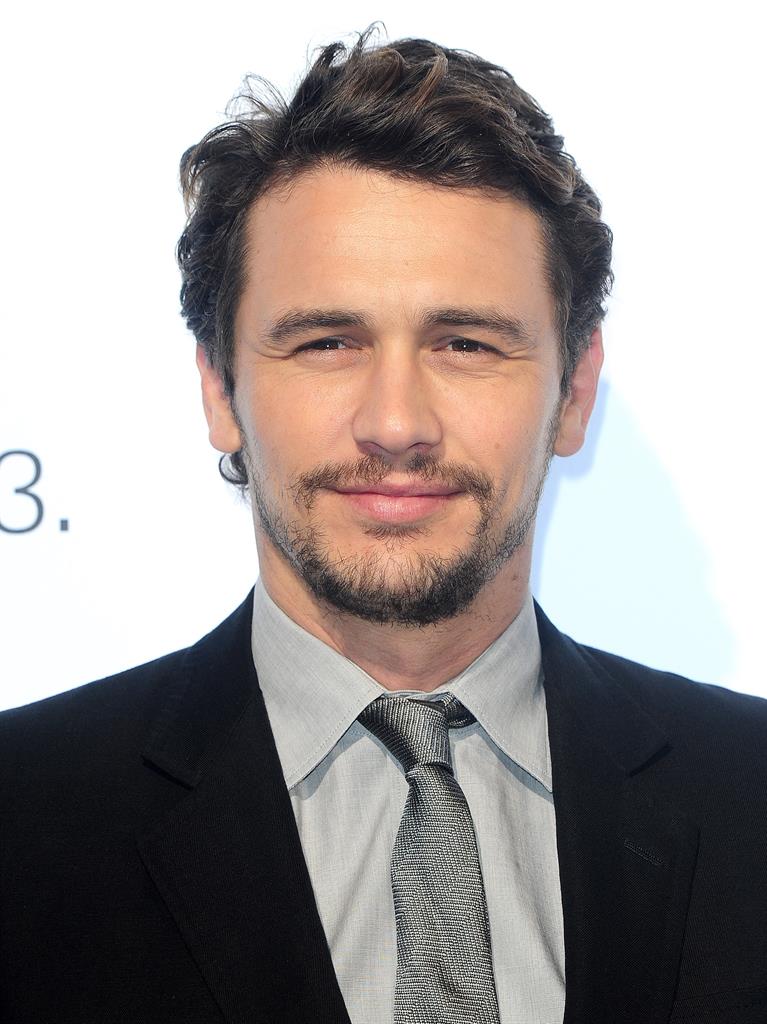 The Disaster Artist actor (pictured) sat for Liebovitz and was interviewed for Vanity Fair’s Hollywood issue, but the mag said hehad been digitally removed from the picture.

‘We made a decision not to include James Franco on the Hollywood cover once we learned of the misconduct allegations against him,’ a spokesperson said.

Franco has denied the allegations against him, calling them ‘not accurate’, but the accusations almost certainly cost him an Oscar nomination.