RICHARD MADELEY has opened up about the ‘devastating’ loss of his first baby with wife Judy Finnigan.

The former king and queen of daytime TV went on to have two children and Judy already had twins from a previous relationship, but none of this made the stillbirth of their child any less ‘devastating’, Richard shared.

Speaking ahead of Baby Loss Awareness Week, the 62-year-old revealed that they learnt the heart-rending news during a routine scan at 16 weeks.

‘I’ll never forget the nurse hurrying towards me, an agonised expression on her face: “Mr Madeley, you need to come this way…,”’ he told The Telegraph.

‘I joined Judy in the examination room. Tears were streaming down her face: “It’s died, Richard. It’s died.”

‘The scan had revealed a perfect foetus with a non-existent heartbeat.’

Richard revealed that their baby would’ve been a boy but, as with so many early miscarriages, no reason for the loss could be found.

‘Something — we never discovered exactly what — had gone wrong at a critical stage of his development,’ he said.

‘It was utterly devastating: no warning; no earlier, gentle, indication of the possibility of catastrophe.

‘Our baby had just died. And he was still in Judy’s womb.’

Caring Richard also revealed that Judy then had to go through the added trauma of a gruelling induced labour.

‘My heart broke for her as I waited outside the delivery room,’ he said.

‘What a dreadful experience — to go through the motions of childbirth, knowing what the grim outcome would be.’

Describing going home after the tragic event, Richard said: ‘A day or so later, Judy was discharged and we went home, baby-less. It was horrible: empty, cold, defeated and drear.’ 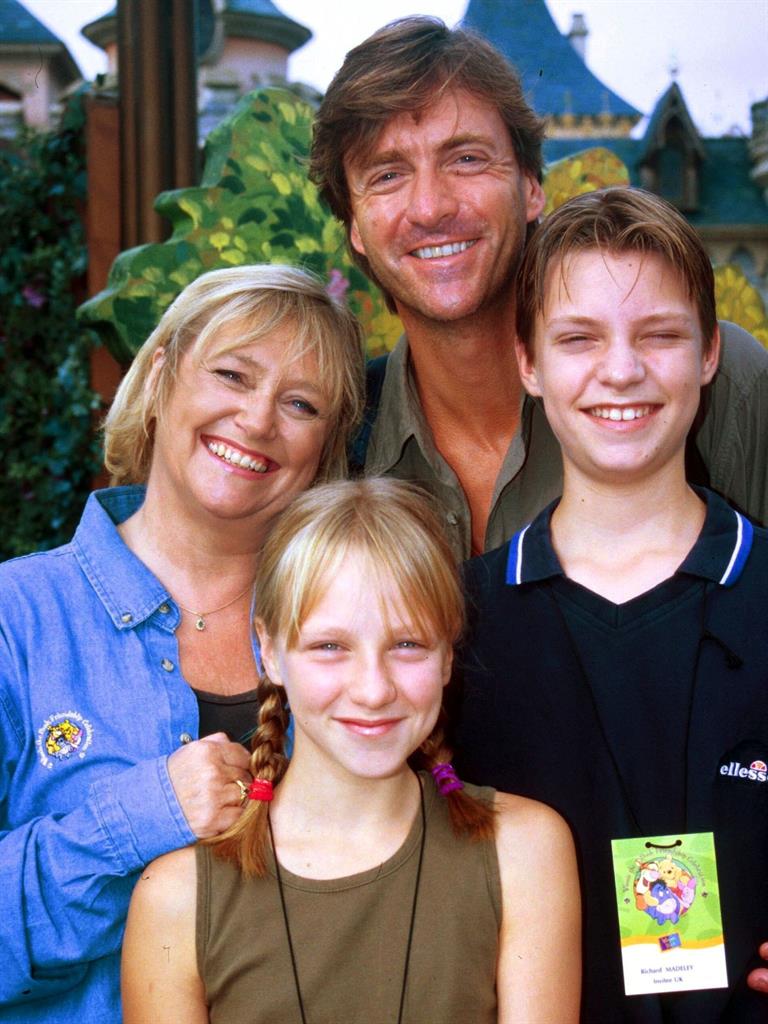