RICKY MARTIN has been left ‘infuriated’ by his starring role in American Crime Story: The Assassination of Gianni Versace — insisting homophobia in the ’90s led to the designer’s murder.

And the Latino singer, who plays Versace’s lover Antonio D’Amico in the BBC2 series, lives in fear that history could repeat itself.

The Livin’ La Vida Loca singer told the Gay Times: ‘What killed Gianni Versace was homophobia. It’s not the way he died, it’s the way it was allowed to happen. Back in the ’90s — and we have to be careful because history tends to repeat itself — Versace was killed by a man on the FBI’s Most Wanted list.’ 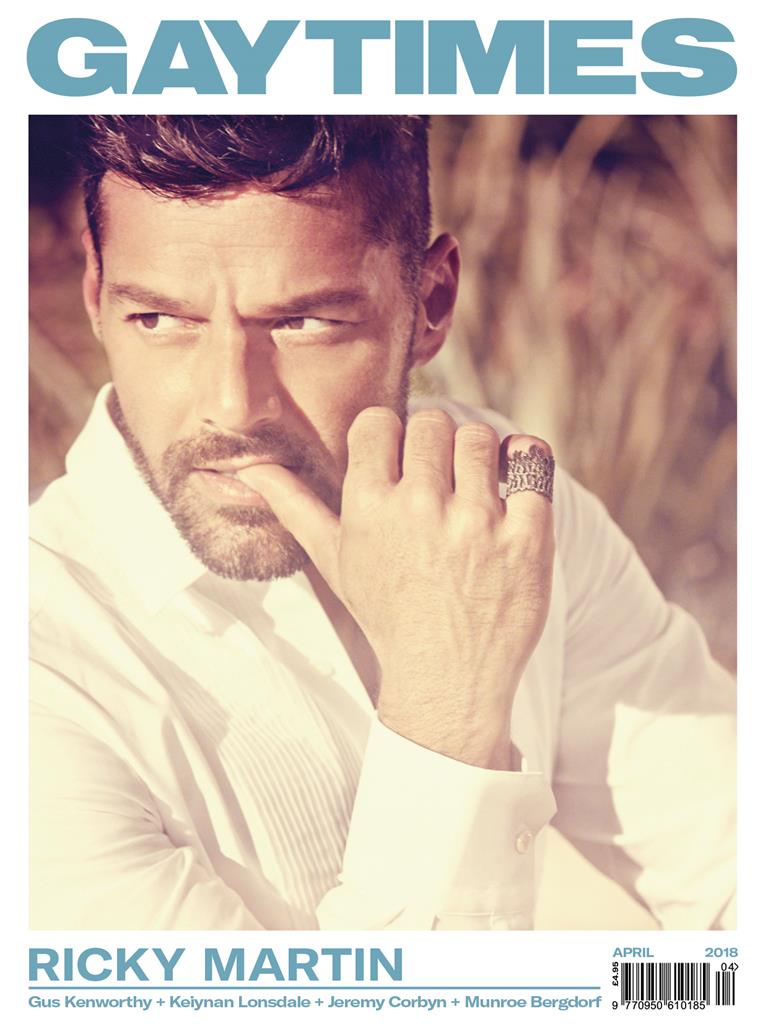 The show focuses on the Italian designer’s murder by gay serial killer Andrew Cunanan and, elaborating on his fury, Martin added: ‘This man was living in Miami, but because he was a gay man killing other gay men, everybody turned the other way. That’s what infuriates me.’

The 46-year-old, now a married dad-of-two, also revealed how he himself rejected partying with Versace at the time as he was modelling for rival Giorgio Armani.

‘When all this happened, I had a contract with Giorgio Armani. I was invited to Gianni’s parties but obviously I couldn’t go,’ he said.

Talking about his TV role, he added: ‘When I walked into (Versace’s) house to film this — we shot in Miami in the actual house — it was for the first time, and I thought, “I’m going to use that and be open to whatever this piece of furniture or this window or ceilings will give me”. It was special.’

Read the full interview in the new issue of Gay Times, out tomorrow.