RIHANNA fans have expressed their fury after her ex-boyfriend Chris Brown commented on a photograph she shared on Instagram.

The singer shared a string of pictures of herself at the Barbados festival Crop Over, held in honour of the sugar cane harvest, dressed in a jewelled bikini, turquoise wig and huge multi-coloured feather headdress.

Eagle-eyed fans were quick to notice one shot had caught the attention of Brown.

He posted an eyes emoji below her photograph, prompting an outpouring of anger from Rihanna’s supporters. 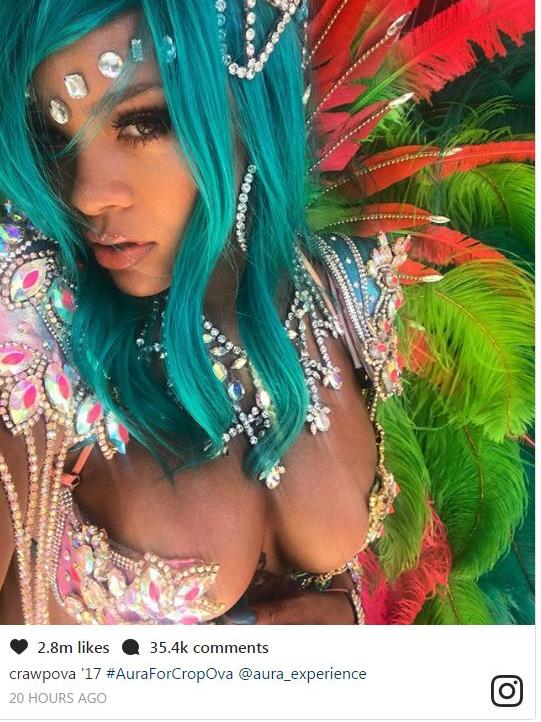 One wrote: ‘PLs keep your negative energy away from Rihanna @ChrisBrownOfficial,’ while another said: #Rihanna don’t need this kind of negativity in her life’ and another simply wrote: ‘@chrisbrownofficial trash.’

Rihanna was assaulted by Brown in 2009 when they were in a relationship. A photograph of her injuries were leaked to TMZ and Brown was sentenced to community service.

She later told Vanity Fair: ‘I don’t hate him. I will care about him until the day I die.

‘We’re not friends, but it’s not like we’re enemies. We don’t have much of a relationship now.’