Rihanna: I want to be a mum

RIHANNA is considering freezing her eggs after striking relationship gold with her billionaire boyfriend.

She revealed she can’t wait to become a mum as she shed light on her romance with Saudi businessman Hassan Jameel, 29.

‘I used to feel guilty about taking personal time but I also think I have never met someone who was worth it,’ RiRi explained.

The We Found Love singer, who has been dating Jameel since last summer, beamed: ‘I’m happy.’

Having turned 30 in February, she admits her thoughts are starting to drift towards motherhood and her biological clock. ‘Okay, so now I’m 30, are there things I’m supposed to do?’ she pondered. ‘Should I be worried? Should I be freezing my eggs?’

If she does start a family, the pop superstar won’t be hiring a huge entourage of helpers. ‘I’m not gonna be able to take my eyes off my kid,’ said RiRi.

‘I know that already about myself. They’re going to have to force me to hire a nanny.’

With her romance going so well, she dashed any hopes fans might have that she’ll one day work it out with former flame Drake, 31.

‘We don’t have a friendship now, but we’re not enemies either. It is what it is,’ Rihanna shrugged.

Drake famously declared his love for the star while presenting her with the ‘vanguard’ honour at the 2016 MTV Video Music Awards.

But it turns out she was far from touched by the gesture.

‘Waiting through that speech was probably the most uncomfortable part,’ she tells US Vogue. ‘I don’t like too many compliments, I don’t like to be put on blast.’ 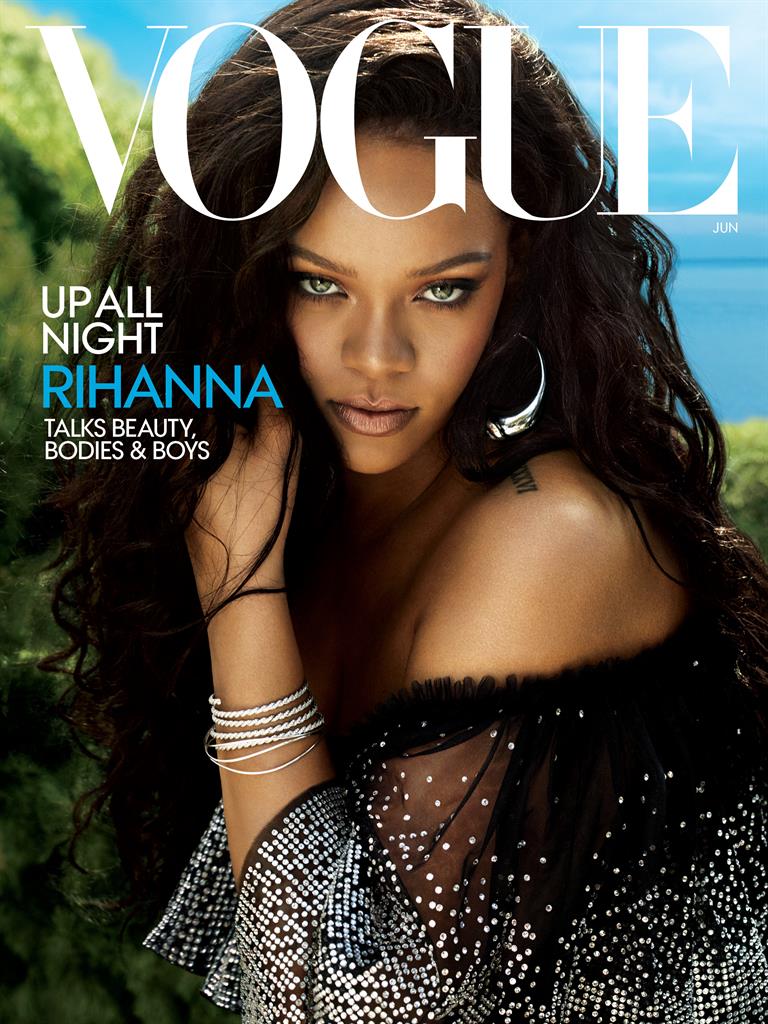 Having recently unveiled her Savage lingerie line, Rihanna doesn’t bat an eyelid when body-shaming internet trolls go on the attack. ‘You’ve just got to laugh at yourself, honestly,’ she said.

‘I know when I’m having a fat day and when I’ve lost weight.

‘I’m not built like a Victoria’s Secret girl, and I still feel very beautiful and confident in my lingerie.’