ROLL up, roll up for Hollywood starlet Zendaya as she wows on the red carpet.

So it was rather fitting that Zendaya, 21, wore a ringmaster-style scarlet jacket to the flick’s premiere in Mexico City on Wednesday. Hours earlier, she showed her ‘flare’ for fashion yet again in a pair of wide-legged pink trousers teamed with a colourful striped shirt. 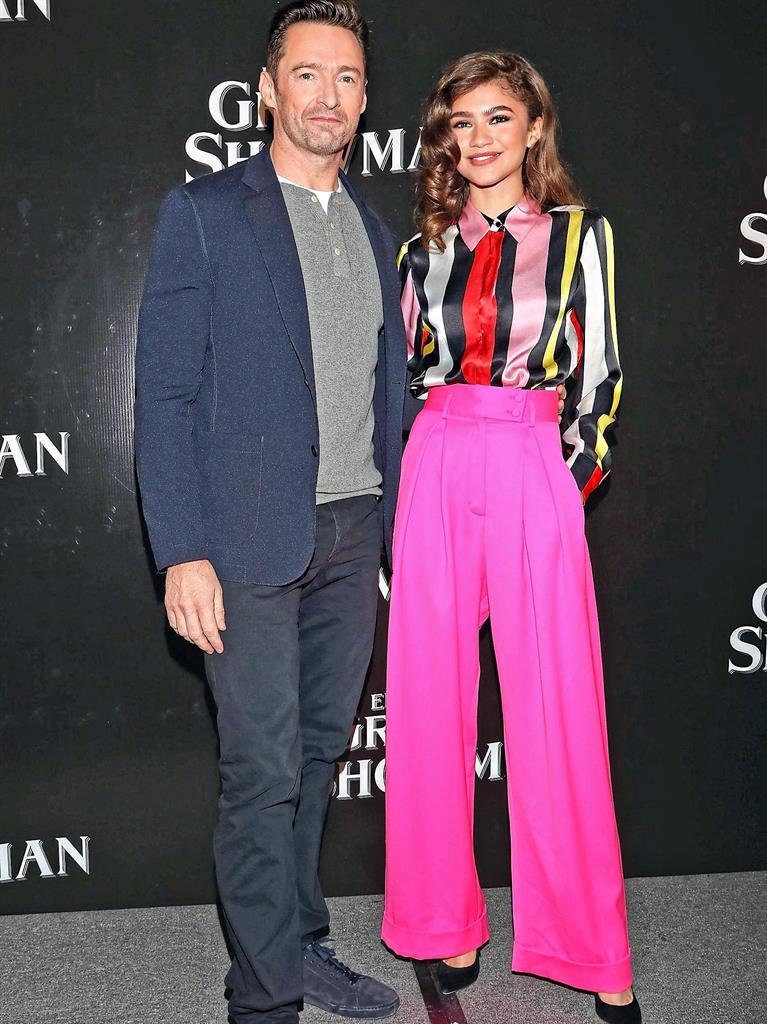 The former Disney fave was joined by co-star Hugh Jackman, 49, nominated for a best actor Golden Globe this week after his turn as Barnum.

It has since been rumoured that she and Tom, also 21, are dating — but neither has come out swinging to confirm the fling.