RIO FERDINAND has opened up about his wife’s death and his regrets about ‘shutting her down’ for fear of appearing weak.

Speaking to Phillip Schofield and Holly Willoughby on This Morning today, the former footballer admitted that he had always struggled to show his emotions, having grown up on a council estate and then gone into a male-dominated career.

He admitted: ‘Any sing of weakness emotionally, I would be the first one to dig that person out; I don’t want that person in the changing room.’

And this stiff upper lip attitude has cost him many ‘tormented nights’, Rio revealed, because he simply wasn’t able to talk to his wife Rebecca properly before her death, aged just 34, from breast cancer in May 2015.

‘Defeat was never an option,’ he explained. ‘I never looked at defeat in my work life… All I just thought was getting over this.’

‘Looking at any negative option wasn’t an option for me really, so I just kind of steered away from it. There were moments when we spoke about the odd thing here and there.’

Here Rio offered advice to anyone else going through something similar, saying: ‘Talking at that point when the person is still here [is so important] because you will have many tormented nights after, thinking I wish I could have said more, I wish I could have done more. You hurt yourself.’ 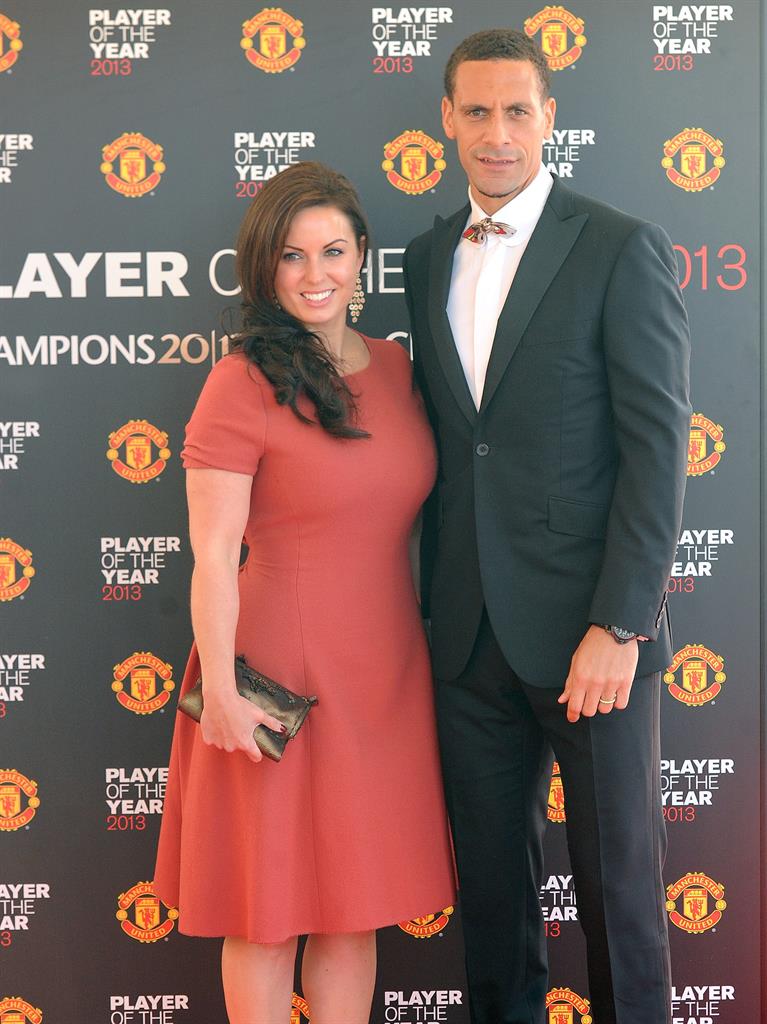 Opening up further about his regrets, Rio said: ‘I would just shut [Rebecca] down and close the conversation, I didn’t want to get emotional.

‘Without talking, you miss that opportunity to have that idea about what your partner would have wanted, and that’s a tormenting thing.’

Rio also spoke about the awfulness of having to confront his own and his three kids’ emotions when Rebecca died just 10 weeks after her diagnosis.

‘That’s probably the hardest point — before she passed away — that you have to tell your children you’re going home from the hospital today and never seeing your mum again,’ he said.

‘I wouldn’t wish that on anybody.’

But Rio has a newfound respect for mothers, having taken on the primary carer role.

‘I thought I was playing a big part of the school run but I soon realised there’s so many things that we as men don’t even consider.’