KATY PERRY has pulled a range of designer shoes after walking into a racism row.

The US pop singer’s ‘Rue Face’ slip-on loafers were compared to ‘blackface’ make-up — the outdated look of white variety performers who would ‘black up’ on stage.

The slippers, which feature big eyes and red lips on black leather, were on sale online at American stores for £116. They also came in beige. 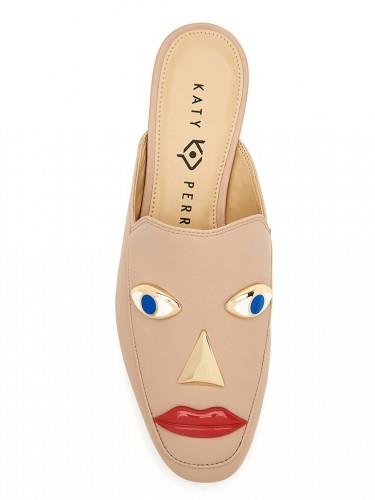 But the 34-year-old Roar singer was yesterday removing them after complaints, according to US website TMZ.

‘Ignorance is never a fashion statement,’ said one person on Twitter, while another asked Perry if she was ‘actually serious right now? What is wrong with you?’.

The controversy comes days after Gucci faced criticism for a jumper that was also compared to ‘blackface’. BlacKkKlansman director Spike Lee vowed he would not buy from the Italian company until it hired more black designers. Gucci apologised and said it is ‘fully committed’ to improving diversity.

Text the word VIEWS followed by your comment, name and where you live to 65700.