Robbie Williams really may be back for good with Take That

ROBBIE WILLIAMS is planning to head back to the recording studio with Take That, he exclusively revealed to Guilty Pleasures.

Robbie, 44, who sang with the lads on The X Factor final last weekend, and again at a West End charity gala performance of Take That musical The Band, would also like them to do more shows together.

Mark Owen, Gary Barlow and Howard Donald joined the Band’s cast at the end of the show on Tuesday for a medley of hits including Never Forget and Shine before Robbie made a surprise appearance to join them for The Flood. Later he told GP: ‘After tonight it does make me want to do more shows with Take That and to record with them.

‘If we can coax Jason [Orange] out of retirement then we will try… and to record. I think so.’

Standing alongside Robbie at the Theatre Royal Haymarket, Gary and Howard agreed. ‘As long as we are all fit and still hungry for music and we love performing then we will still be here in years to come,’ said Howard, 50.

Gary, 47, added: ‘Age doesn’t matter if you love doing what you are doing, are able to keep doing it and there is an audience. Luckily we have had an audience with us for 30 years.’

Although Robbie left in 1995 to go solo, he said it was reassuring to be back with Take That, adding: ‘There is a lot of pressure when you are a solo artist to get it right, but when you’re with the boys you can have fun, relax and there’s great banter.’

Next year is Take That’s 30th anniversary tour and Robbie takes up his first Las Vegas residency in March. The dad-of-three will fly home to LA every night to be there when the children wake up. He also said a nice Christmas present would be more kids with his wife Ayda Field.

‘What do I want for Christmas? More children? Maybe,’ he said. ‘Ayda wants to have another one so watch this space!’ 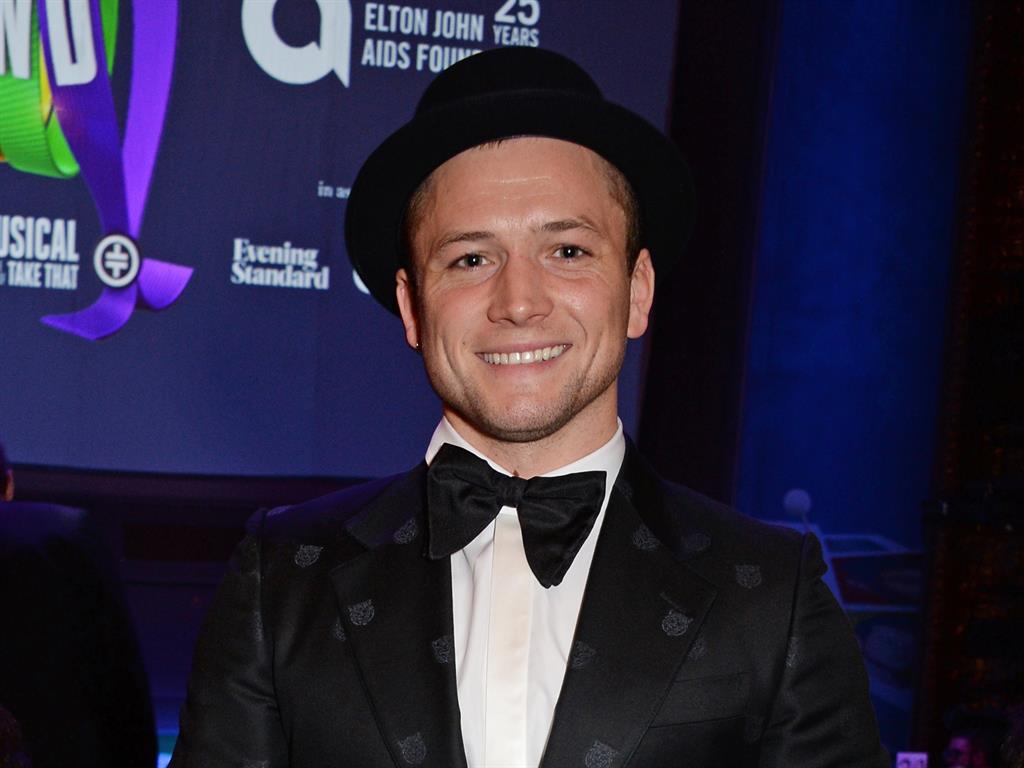 ■ TARON EGERTON, one of the VIP guests at The Band charity gala, has been talking about playing Sir Elton John in upcoming biopic Rocketman — admitting his sex scenes with Richard Madden were a ‘brave’ choice. Bodyguard star Madden, 32, plays Elton’s former manager John Reid. ‘We filmed some really interesting and quite brave and bold scenes,’ said 29-year-old Taron (above). ‘In the love scene there is a lot of intimacy, but we are making a story about one of the biggest gay icons of the century and you can’t shy away from it. Rocketman is quite raw and quite dark.’

NEXTCardi B marriage split: ‘We grew out of love’