STARS from singers to supermodels were among A-listers at Princess Eugenie’s royal wedding today — but some of their fashion choices raised eyebrows.

Catwalk model and face of Burberry Cara Delevingne wore a black tailored suit with tails, a tie, and a top hat, with her look compared to a character from Oliver Twist by a bridal expert.

‘Of course it’s OK to wear a mannish power-suit to a wedding. It’s modern, stylish and cool. Love the Artful Dodger look.’ said Peta Hunt, editor at large at You & Your Wedding Magazine. 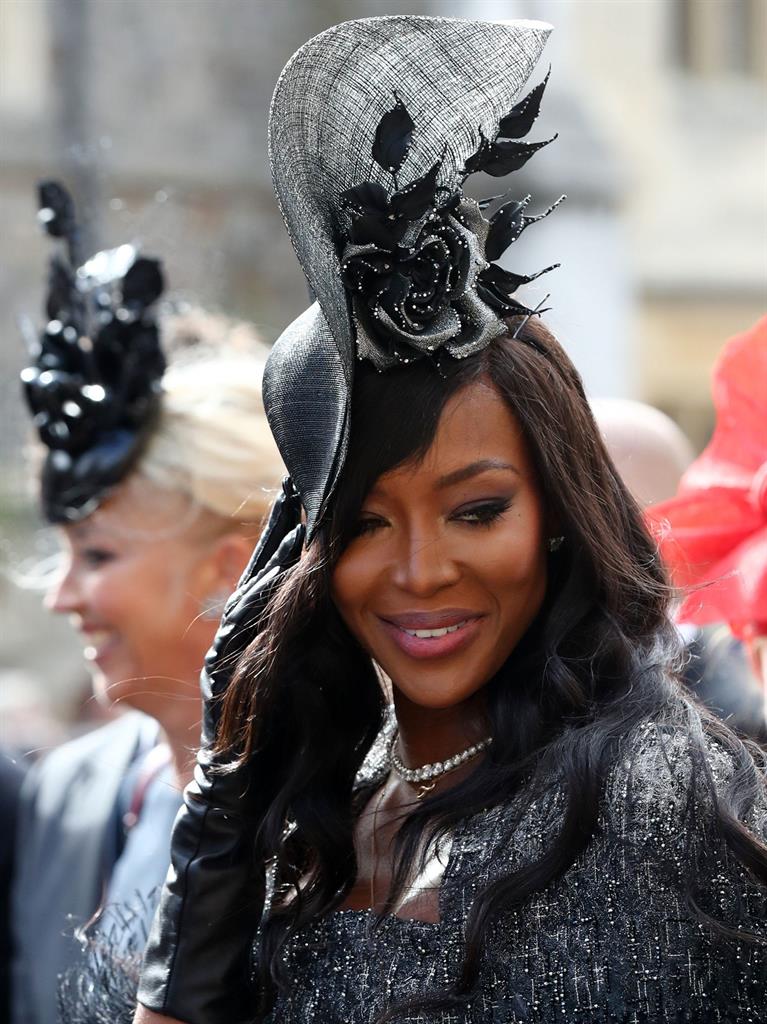 While Moss pulled off the white and black look, commentators were less convinced about X Factor judge Ayda Field’s choice to wear off-white.

Sarah Allard, editor at hitched.co.uk, said: ‘Wearing white or any shade of white to a wedding is commonly considered a huge no-no — even more so for a royal wedding.

‘Ayda Field’s decision to wear an off-white dress and jacket to accompany husband Robbie Williams to the wedding might raise a few eyebrows from the royal family within the ceremony and from the other guests in attendance.’

The 39-year-old entered St George’s Chapel at Windsor with her hubby and fellow X Factor judge, while the couple’s six-year-old daughter Theodora, known as Teddy, was one of Eugenie’s bridesmaids.

Other singers at the ceremony for Eugenie, the ninth in line to the throne, included James Blunt, Ellie Goulding, Ricky Martin and Holly Candy, formerly known as Holly Valance, who was with her property tycoon husband Nick Candy.

Providing a touch of levity at the nuptials were funnymen Stephen Fry, Jimmy Carr and Jack Whitehall. 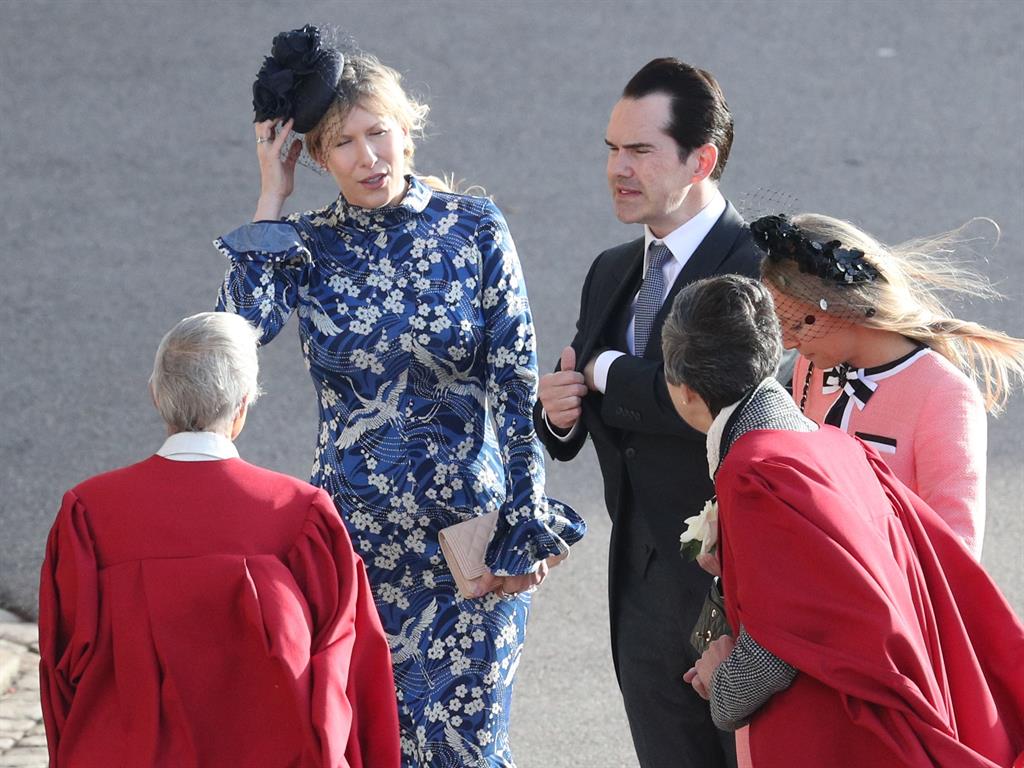 From the world of Hollywood were Lord Of The Rings and Armageddon actress Liv Tyler and Ghost star Demi Moore, wearing a dark jacket and long skirt and a burgundy dress and matching fascinator respectively. 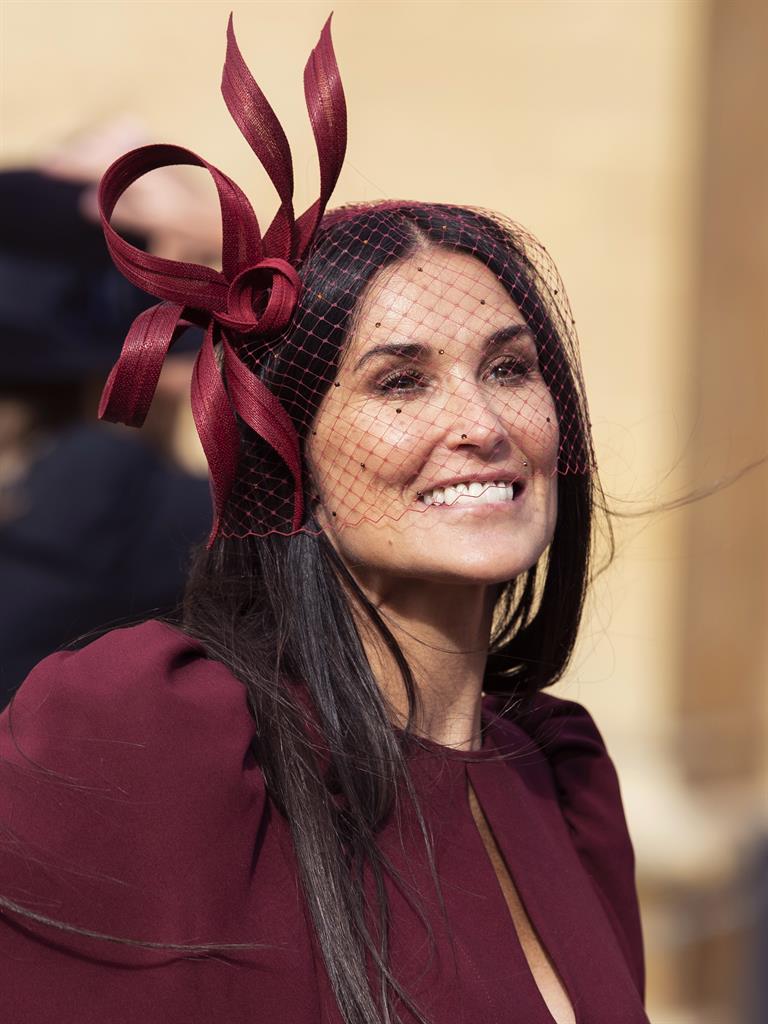 The broadcaster Richard Bacon, who recently recovered from a coma following a life-threatening illness, and former footballer Jamie Redknapp (both pictured below). were also among the guests. 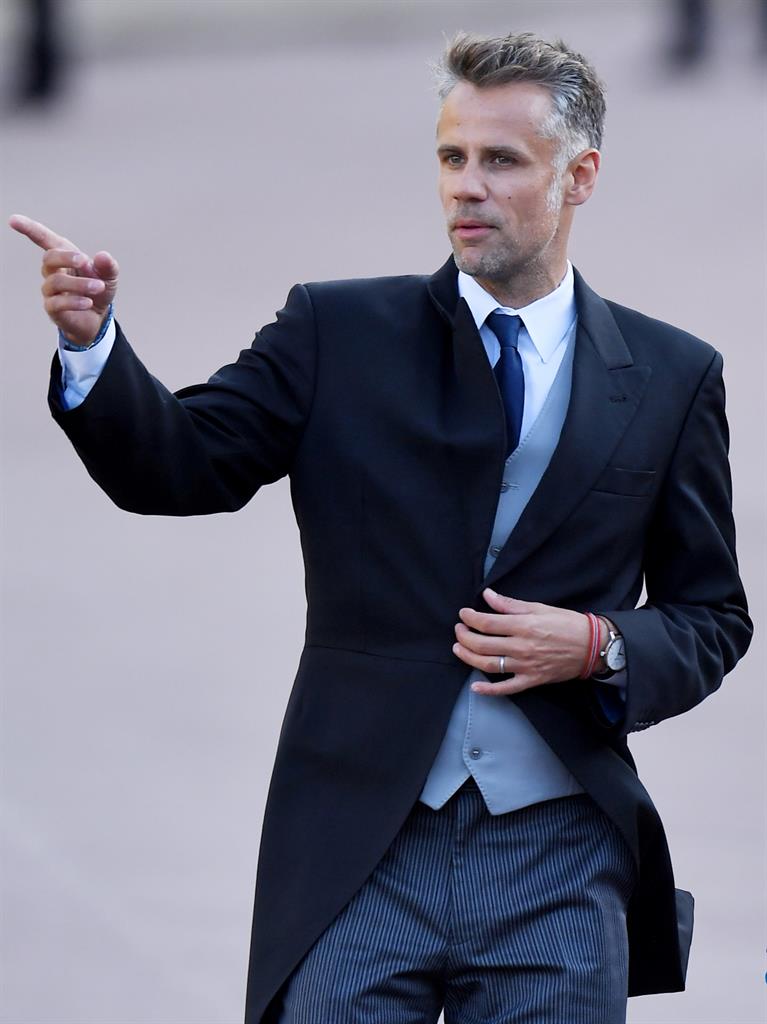 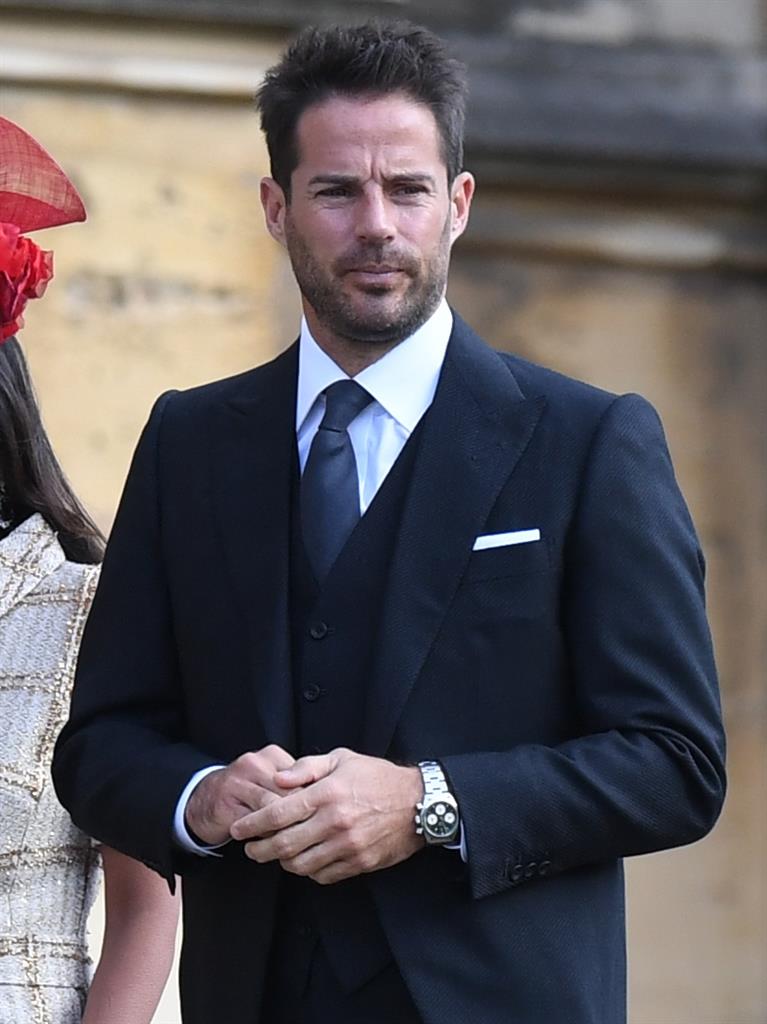