STRICTLY Come Dancing has been accused of ‘scraping the barrel’ this year after announcing its fifth contestant will be Capital DJ Vick Hope.

The news — which accidentally slipped out on air minutes before the station where she works was due to make the big announcement — has been met with a decidedly underwhelmed response from some fans of the BBC dance show.

One wrote on Twitter: ‘Not to be funny but…WHO??? Wow scraping the barrel properly this time…’

And another cuttingly commented: ‘And the next contestants to be announced for #Strictly2018 are: John Askew, key cutting shop owner (does shoe repairs too) from Hull, and Sarah Thompson, marine biologist from Southampton.’

Referencing yesterday’s announcement of contestant number four Joe Sugg, another disgruntled fan of the show wrote: ‘Can we go back to last year’s line up? This year’s is s***. A YouTuber and some unknown DJ… Disappointing !!!!’

Yet another warned Strictly to ‘be careful… as us over 40s have been fans since [the] beginning’.

But others defended the show, pointing out that the bigger stars are usually announced closer to the start — and there have already been three bigger names: Red Dwarf’s Danny John-Jules, Steps’ Faye Tozer and TV presenter Katie Piper.

Not everyone was unhappy about the young DJ’s inclusion, however — with one even complimenting her on ‘looking like Sinitta’, while another fan gushed: ‘Love Love Love this girl. So funny sweet and a great presenter/interviewer. Go, Vicky, Your [sic] My FAVORITE.’ 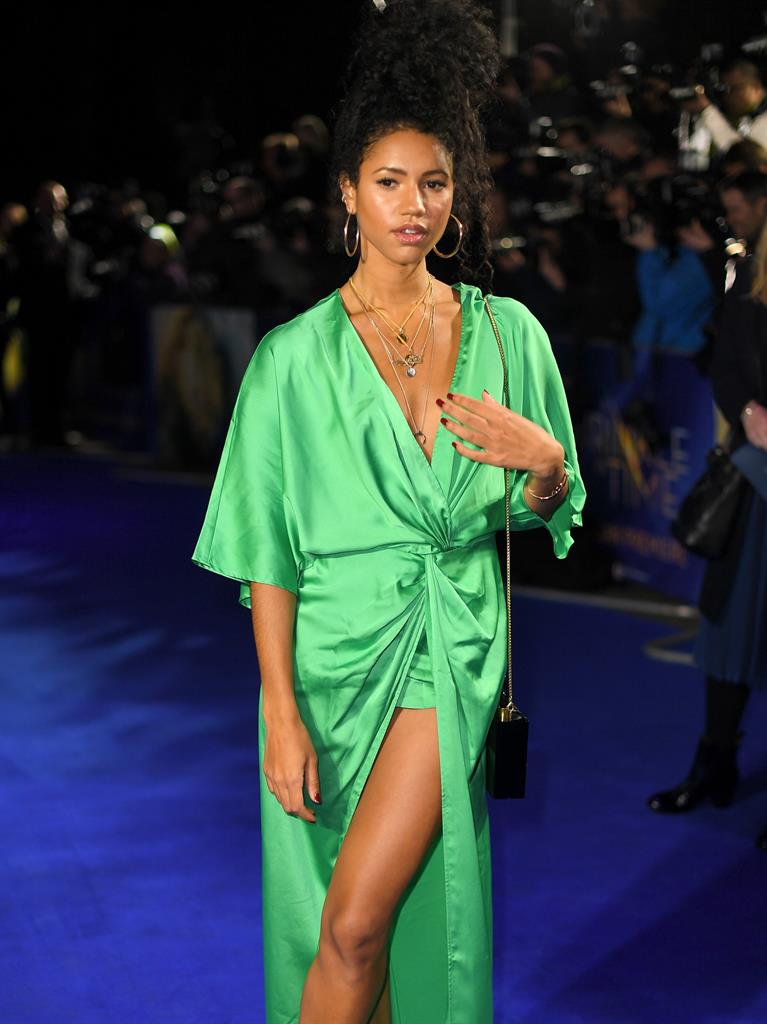 Someone else pointed out ‘she has over 30,000 [followers] on Instagram’.

Others said critics were being ‘rude’ for copying poor Vick into their scathing responses and ‘arrogant’ for thinking if ihey haven’t heard of someone they’re not famous.

One voice of reason pointed out: ‘I hadn’t heard of Susan Calman last year and she was fantastic and ended up being one of my favourites. Good luck to you, Vick.’

The lady herself admits she is not as high profile as some of the other Strictly signings.

‘It’s really surreal. This is a huge show. My mum knows this show. I can’t pretend I’m a celebrity like some of the others, the level of their following,’ she said, adding: ‘What an opportunity. I’m a fan of the show and I feel very honoured to be part of it.’

Vick also admits her dance experience is limited to ‘pretending to be a tree or rock’ in her younger years when doing contemporary dance.

But she’s optimistic about enjoying the show, saying: ‘I love dancing. It makes me happy… I’m so excited. I like shaking my hips.’

Just keep her away from Faye, she warns, as she’s a Steps fan. ‘I might have to be taken away from her,’ she joked.