SAIRA KHAN has told Loose Women colleagues she won’t be silenced after receiving a death threat.

The defiant presenter alerted police to the offensive tweet she received on Twitter a couple of days ago, which read: ‘If you value your life keep the f*** out of Islam.’

Saira also posted a cheeky response to another critic — a picture of her bikini-clad bottom, which she captioned: ‘Woke up to news that a Muslim preacher is saying that “plucking eyebrows” for Muslim women is a sin — here’s my response — kiss my 🍑 you backward prehistoric dinosaur.’ 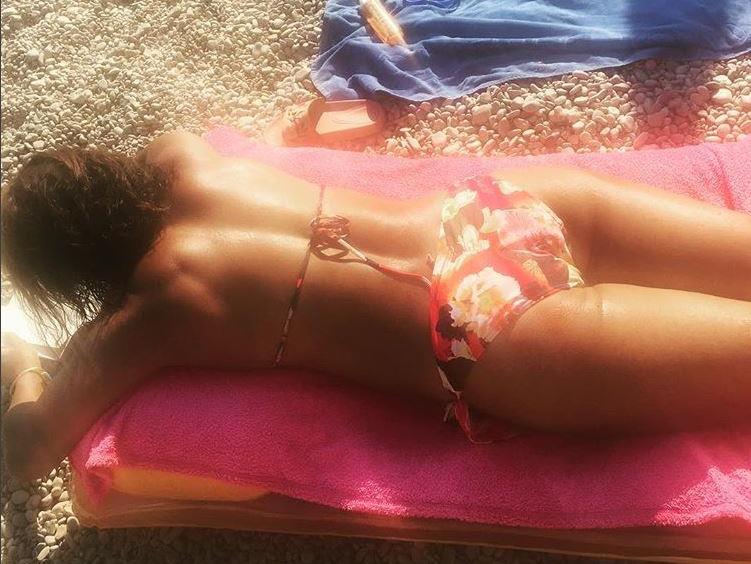 But despite ongoing abuse, Saira told her Loose Women co-stars she ‘had to speak out’.

On this morning’s edition of the ITV show, co-host Nadia Sawalha said the team had texted their support, to which Saira responded robustly.

‘She texted back and said, “I just had to speak out for us women. These idiots make women feel so shameful and guilty about our bodies and our desires and dreams.

“I have to speak out for our daughters, for women just too scared to live as they want to. I am strong because I have friends like you.”‘

‘It seems that no matter how many threats she gets she is going to keep on saying what she wants to say,’ she added.

But Saira herself seemed to feeling pretty Zen about the whole thing. 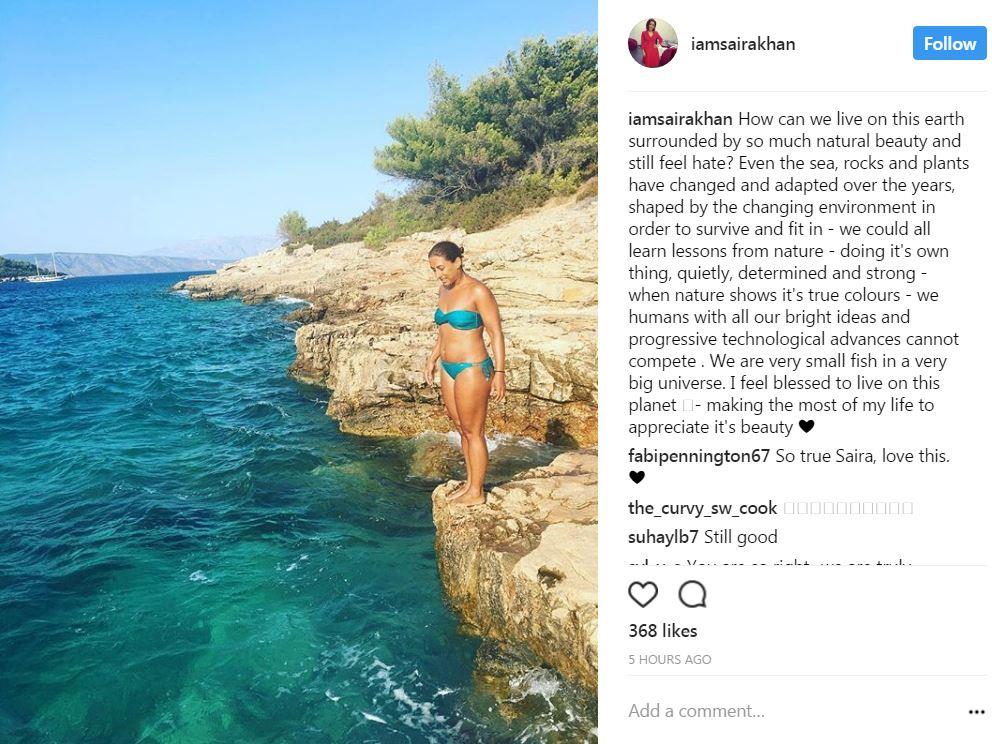 Next to another picture of her holidays, she posted: ‘How can we live on this earth surrounded by so much natural beauty and still feel hate? Even the sea, rocks and plants have changed and adapted over the years, shaped by the changing environment in order to survive and fit in — we could all learn lessons from nature.’