The pair really ‘hit it off’ and were ‘flirting’ up a storm at the show’s wrap party at New York’s Rockefeller Center, said guests.

ScarJo, who played Donald Trump’s daughter Ivanka in the US show’s season finale, celebrated the gig with a kiss, claimed insiders.

‘Scarlett and Colin were making out at the bar at the SNL season finale party at 30 Rock. They would make out a bit, then go back to talking,’ said one source

And the Avengers star, 32, didn’t seem to mind who was watching, as she and Jost twice puckered up ‘in front of everyone’ on Saturday, one guest told the New York Post.

Getting up close and personal to the 34-year-old comedian certainly provides a little light relief from Johansson’s marriage troubles. 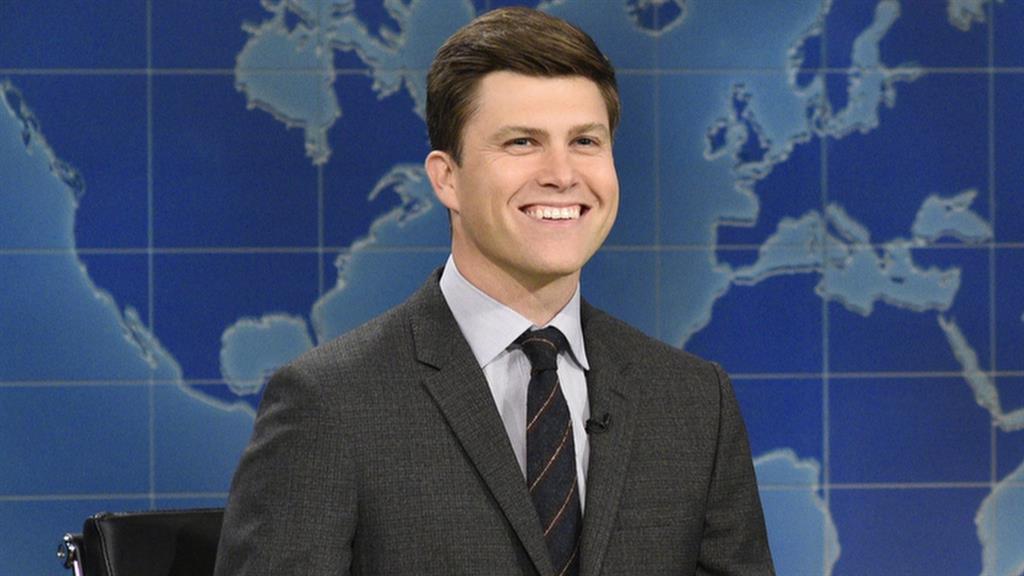 She is divorcing second hubby, French journalist Romain Dauriac, and things recently got heated when his lawyers slammed her publicly as they tried to work out custody arrangements for the couple’s two-year-old daughter, Rose.

ScarJo, who recently explained she doesn’t think it is ‘natural to be a monogamous person’, has refused to comment on the row, but sniped: ‘Out of respect for my desires as a parent and out of respect for all working moms, it is with kindness I ask other parties involved and the media to do the same.’

NEXT50 shades of Bay! Dwayne Johnson on Baywatch reboot