SCARLETT JOHANSSON clearly has a thing for men who know their way around the kitchen, having admitted to not one but two chef crushes.

During an interview yesterday on Howard Stern’s US radio show, the Ghost In The Shell actress was quizzed about who she thought was ‘the hottest guy right now in the world’.

Brad Pitt was suggested, but Scarlett, who is newly available after filing for divorce from Romain Dauriac, had other ideas.

‘Don’t put me under the gun like that,’ she said. ‘Honestly, I’m, like, somebody who likes Gordon Ramsay.’ 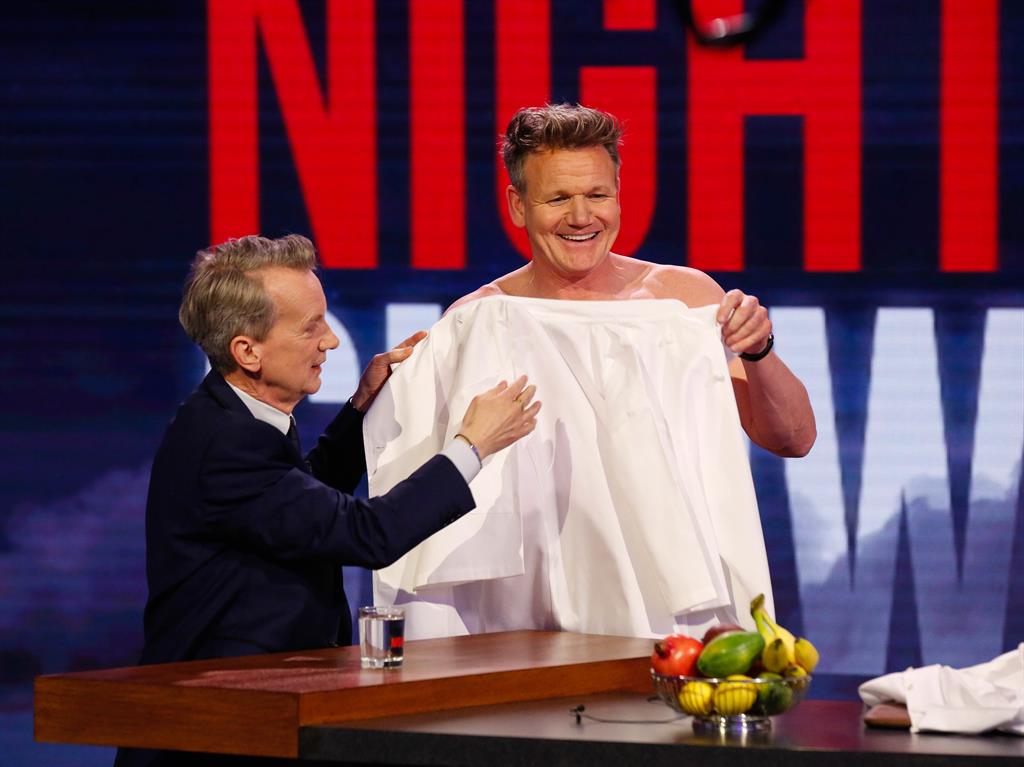 While this week’s Nightly Show host may be kicking himself that he’s taken — having been married to wife Tana since 1996 — he can perhaps console himself that he isn’t Scarlett’s only kitchen-based crush anyway.

She also admitted she had a thing for chef-turned-travel writer Anthony Bourdain, deadpanning: ‘There’s a running theme.’

Perhaps we shouldn’t be surprised by these gastronomic desires since Scarlett herself is a bit of a foody.

Last year, she opened a gourmet popcorn business in Paris.

NEXTBeing single’s a flash in the Instagram for Olly