SHE’S already known to TV viewers for roles in shows such as Shameless.

And actress Sarah Byrne promises she will be sparing no one’s blushes after turning up as a candidate on the new series of The Apprentice. 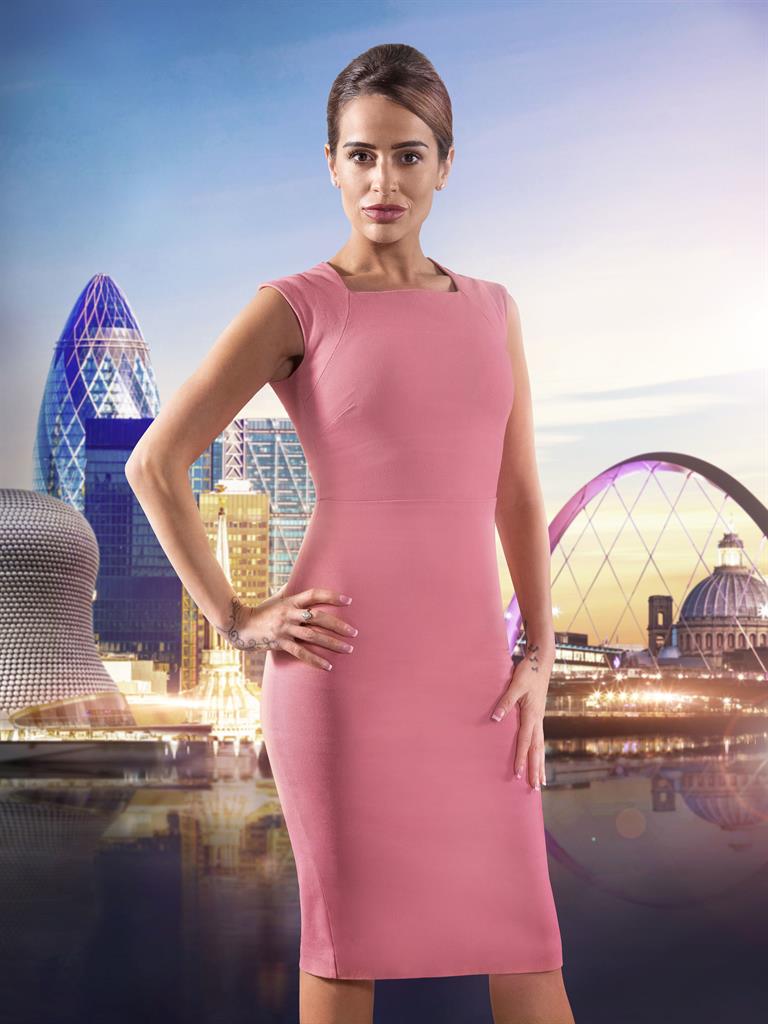 She said: ‘I am a straight talker, I don’t beat around the bush.

‘If I have a problem with you, I am going to tell you… you just need to be straight with someone because then the problem is solved quicker.’

Sarah, who also appeared as Bella in Hollyoaks, runs an acting academy and hopes to convince Lord Sugar to give her a £250,000 investment in order to expand the business.

But the single mum — who had an acrimonious split in 2015 from her daughter’s dad, EastEnders actor Jody Latham, 36 — won’t be putting on an act to impress the tycoon.

‘I am me, I don’t have a posh accent or pretend to be anyone else,’ she said. ‘My personality sells me, my passion to succeed and work ethic.’

Actress Sarah played wild teenager Meena Karib in Shameless from 2008 to 2009. Her character used a fraudulent money-making ruse that would surely have got her fired by Lord Sugar — pretending to be pregnant to con cash out of boys for abortions.

The contestant from Manchester says she is a loud talker, ‘especially when I’m excited’ — which could be an asset when it comes to shouting down the other contestants in the boardroom.

Her rivals include a tax adviser who claims he is like the Duracell bunny, a ‘mumpreneur’ and a company owner who enjoys swimming with sharks.

In all, there are 16 competitors — eight women and eight men — from varied business backgrounds including IT, law, fashion design and tree surgery.

David Alden, from East Yorkshire, says his friends and family nicknamed him the Duracell bunny because he can ‘take on so much and never stop’ in his job.

Lincolnshire mumpreneur Khadija Kalifa, who runs her own eco-friendly cleaning business, said she hopes to be likeable but can be cut-throat when necessary.

And business owner Camilla Ainsworth, from Lancashire, is a self-confessed adrenaline junkie who loves to try anything new and exciting — from skydiving to swimming with sharks.

‘I’m a bundle of energy and creativity and certainly a one-off… ain’t no Vanilla Camilla,’ she said.

The Apprentice, also featuring Lord Sugar’s lieutenants Claude Littner and Karren Brady, airs weekly at 9pm on BBC1 from next Wednesday, followed by You’re Fired at 10pm on BBC2.