She’s back: First pic of Linda Hamilton in new Terminator

TERMINATOR fans have been given their first look at the latest movie in the series, which sees Linda Hamilton return to the franchise after 27 years.

An image tweeted by Paramount Pictures shows the actress back in character as Sarah Connor.

She clutches a gun as she strides towards the camera against a bleak backdrop with fellow cast members Natalia Reyes and Mackenzie Davis.

Hamilton, 61, played Connor in James Cameron’s original Terminator film in 1984 and reprised the role in 1991’s Terminator 2: Judgment Day (below). 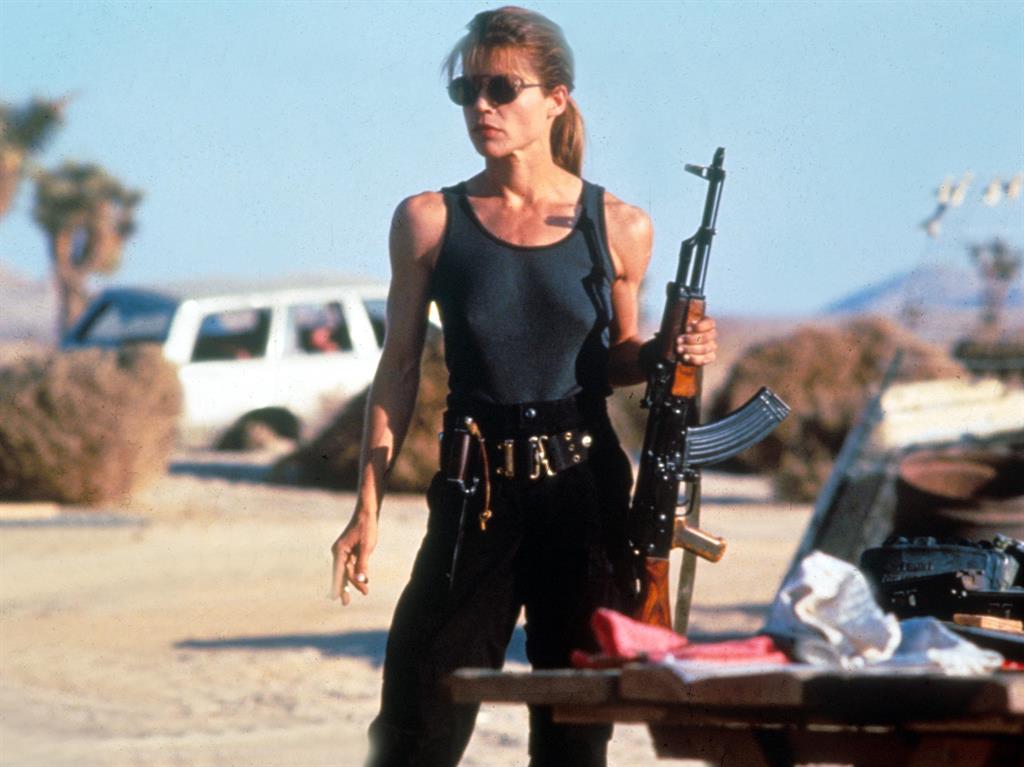 Arnold Schwarzenegger is also returning for the new instalment, which is yet to be given a title but is in production under director Tim Miller. It will open in UK cinemas in November next year.

Schwarzenegger — whose most famous catchphrase, ‘I’ll be back’, comes from the films — confirmed earlier this week he was involved with the movie and had been taking part in filming, which began in June.

The former California governor revealed his work on the project would prevent him from visiting Fiji for a conference of the Climate Action Pacific Partnership. In a video message to the country’s prime minister Frank Bainimarama, the 71-year-old said: ‘I’m sorry I cannot be with you, but I’m currently shooting Terminator 6.’

The plot of the new film — which has Cameron back on board as a producer — is thought to ignore all the other sequels since Terminator 2, with ‘6’ unlikely to feature in the title.