FORGET her Reputation tour… this was more like Saturation as Taylor Swift insisted her US show must go on despite torrential showers.

Fans were rained on for the duration of her two-hour set at the MetLife Stadium in New Jersey at the weekend as Taylor, 28, ploughed through her 19-song set list.

Later, she shared a video of herself leading the crowd in a singalong of Fearless, which includes the line: ‘I’d dance in a storm in my best dress, fearless.’ Tay Tay captioned the clip: ‘Yep, it rained the whole show.’

During the performance, she kept singing and dancing as raindrops hit every part of her body… and made the stage decidedly hazardous. 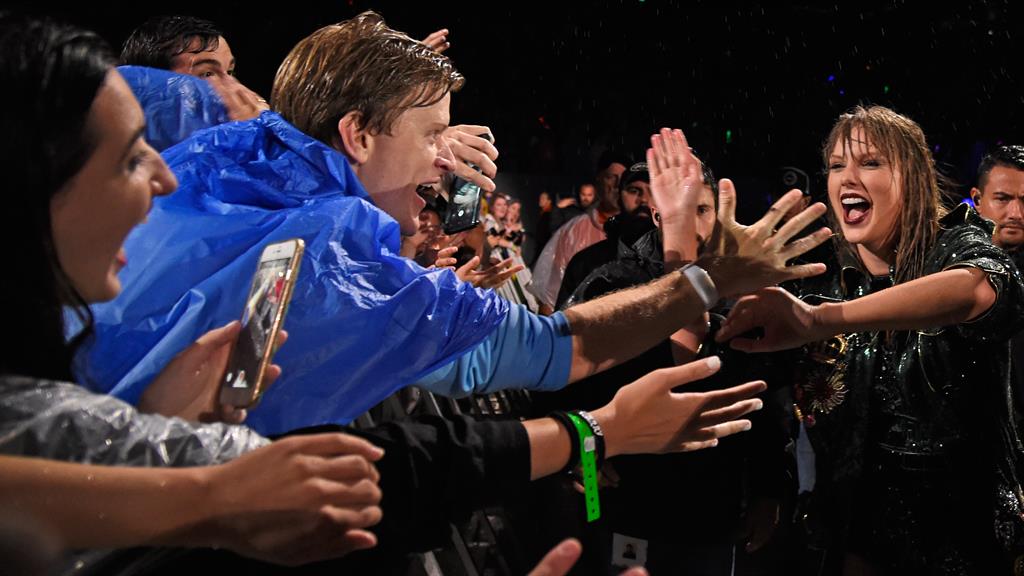 Afterwards, her followers uploaded snaps of themselves soaked to the skin, with one posting: ‘It was raining the entire time! Such an amazing time… even if it leads to a cold.’