Simon Cowell offered us £1m and we turned him down

BUSTED say they rejected a £1million record deal from Simon Cowell as teenagers.

The Year 3000 singers reformed as a trio in 2015, ten years after the original band broke up.

And now they have revealed the insane life they used to lead.

Matt Willis, who still seeks therapy for drug and alcohol addictions, told Guilty Pleasures: ‘I was 16 when I joined Busted, and I was in this weird bubble for the next few years.

‘Simon Cowell offered us a record deal with Sony BMG and said he would give us a £1million, unrecoupable advance… and we still said no!’

‘We bought Porsches and Ferraris. Charlie passed his driving test and bought a Ferrari and spent about £300,000 on cars. It was like something out of a Disney film.’

Now they are back with a fourth album, Half Way There, which is out on February 1, and have explained why they need to be in control.

Matt, also 35, said: ‘We didn’t see each other for ten years but now it feels like we should be doing this.

‘We make all the decisions and everything, rightly or wrongly, comes down to us.

‘We are in control of our own destiny. Before we were part of a big machine, felt very much out of control and got dragged along with it.’ 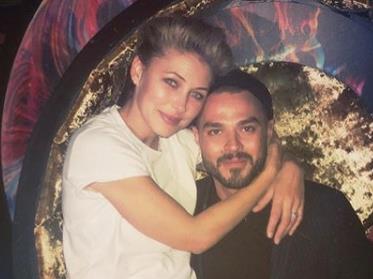 ■ MATT WILLIS admits he still needs to ‘actively’ work at keeping drugs and booze addictions at bay. The Busted rocker, who has three children with TV star wife Emma Willis, 42, told GP: ‘How do I keep on the straight and narrow? I don’t drink and I don’t take drugs. I have a programme, which I follow and I am very active in that. I still do what I am told, because once I don’t… then things start to go badly wrong. It (the programme) is anonymous. I can’t talk about it too much as I am not really allowed to, but I’m very active in this fellowship and it helps me deal with my addictions.’

PREVIOUSPaul Potts sings his way to America’s Got Talent: The Champions final