THERE’S a lot of flesh on show in this sizzling fashion shoot — and most of it doesn’t even belong to Pixie Lott.

It’s fiancé Oliver Cheshire who strips naked, save for a towel that barely covers his modesty.

The couple can’t keep their eyes — or hands — off each other in a series of passionate clinches. 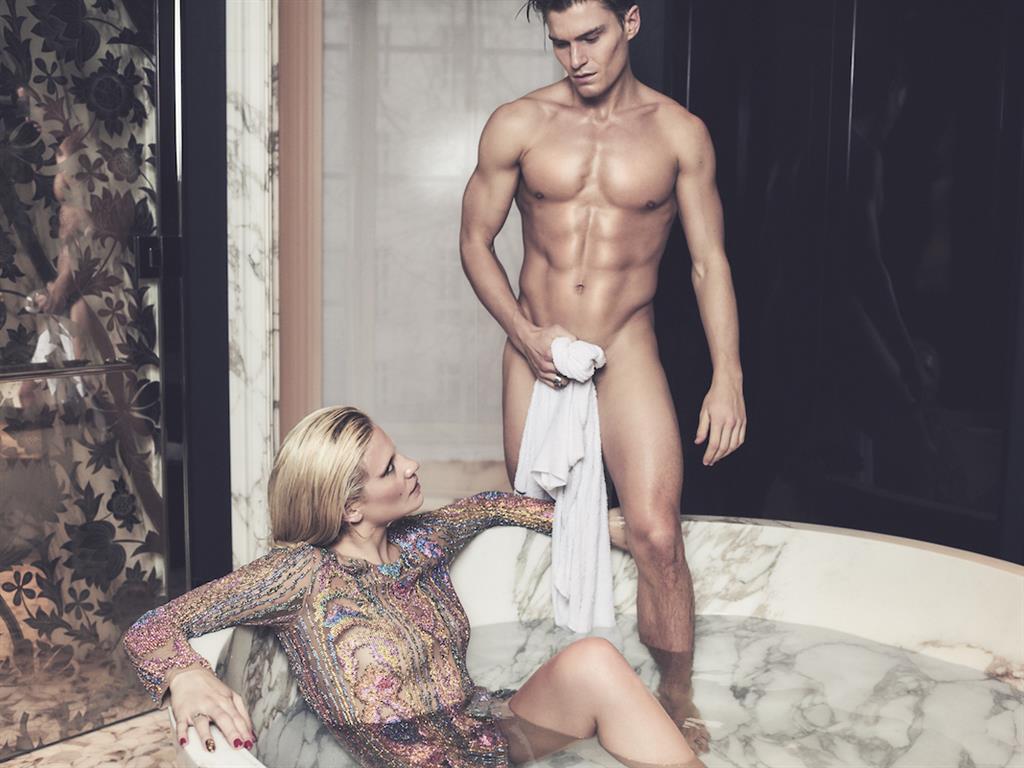 In one shot, Lott, 26, reclines, fully-clothed in a bath, admiring her fashion model beau in all his chiselled glory. Clothes back on, Cheshire, 28, still sends temperatures soaring as he pins the singer against mirrors in a marble bathroom for an intimate kiss.

The Nasty singer then appears to have changed into tennis gear but one look at those heels and mini-skirt suggests Pixie has an altogether different kind of mixed doubles in mind. 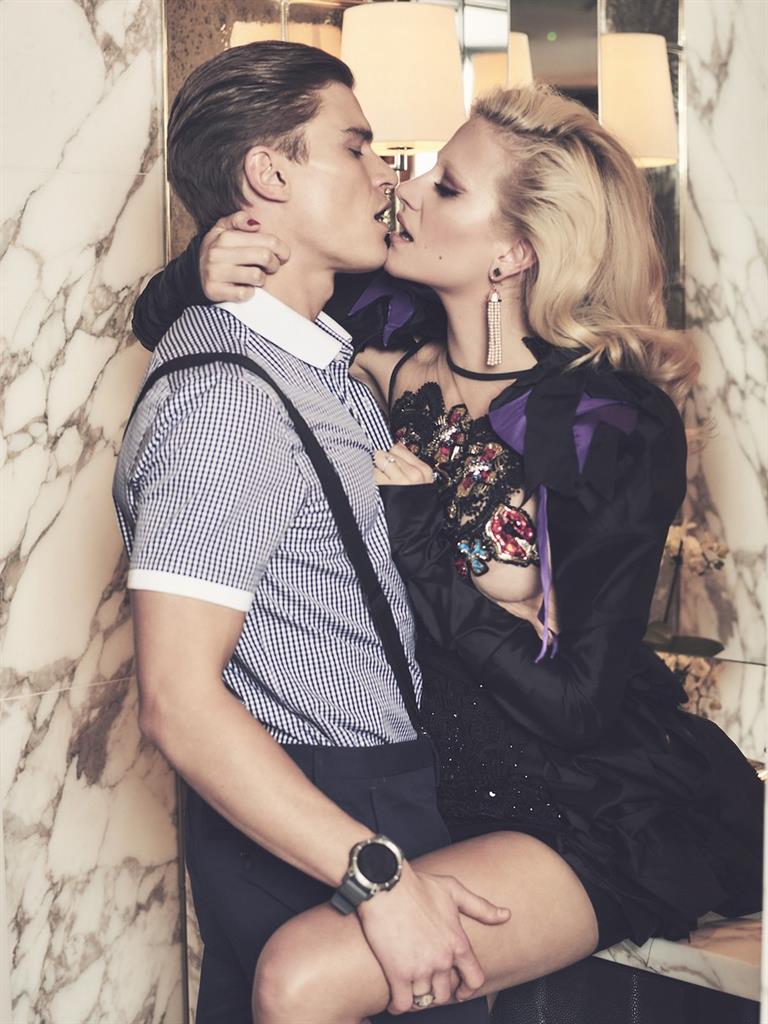 So what exactly could Pixie see in her hunk? ‘He’s my best friend,’ she told Paper magazine. ‘We’ve been together since I was 19 and now I’m 26. We know each other inside out.

‘When we’re away from each other, we’re speaking as much as we can — WhatsApp is a godsend. When I go on trips, I always ask him to come.’

The pair got engaged last year when Cheshire popped the question on the steps of St Paul’s Cathedral — presumably this time he was fully-dressed.

NEXTAffleck: I’m out of rehab for addiction to alcohol