BEYONCÉ really does look un-Bey-lievable as she shared snaps of herself all set for a night out.

The 35-year-old showed she is back to her Bootylicious best only two months after giving birth to twins.

Staging her own photoshoot, Bey flaunted her tiny waist in a bright yellow crop top over distressed Daisy Duke-style denim shorts, laced up at the sides and covered in rips and tears. 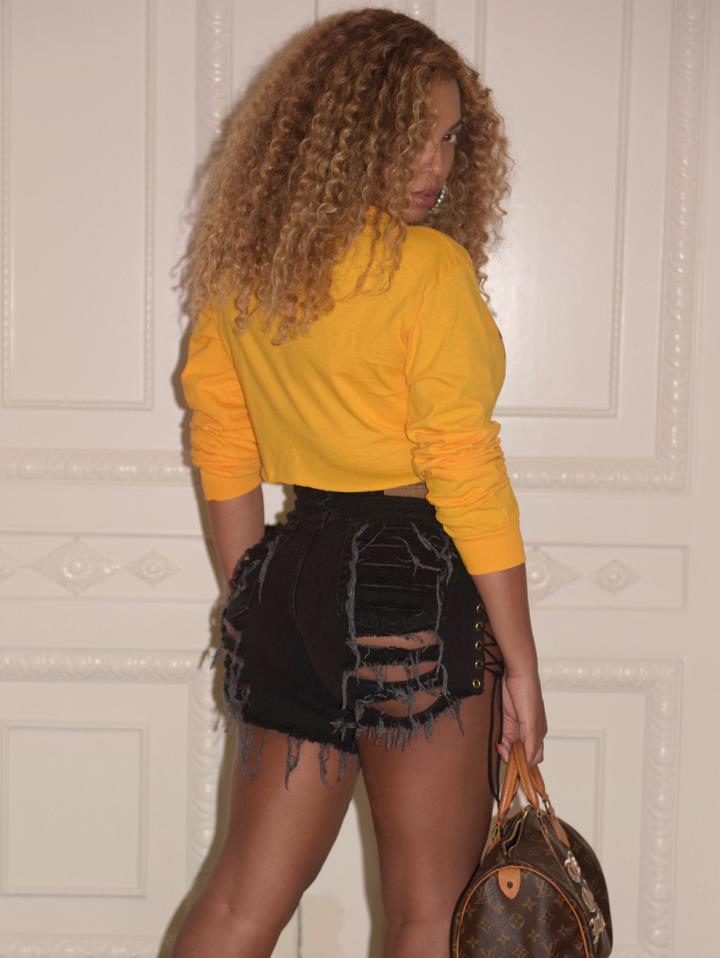 Completing her look with a camouflage jacket, high-heeled boots and designer bag, she was off to see hip hop fave Kendrick Lamar, 30, in concert at the Staples Center in Los Angeles.

The superstar, aka Sasha Fierce, has been hitting the gym with hubby JAY-Z, 47, since Blue Ivy’s brother and sister, Sir Carter and Rumi, arrived in June.

PREVIOUSLouis Tomlinson: Simon Cowell dragged me down to LA for a tongue-lashing