Sneak a peek as Will orcs beat with his buddy

THINGS are about to get rather orc-ward for Will Smith. After taking a few hits at the box office recently, the Hollywood star has turned to Netflix.

He is locked and loaded in these first-look pictures from upcoming project Bright — an unlikely marriage between the cop buddies genre and the fantasy realm of Lord Of The Rings. 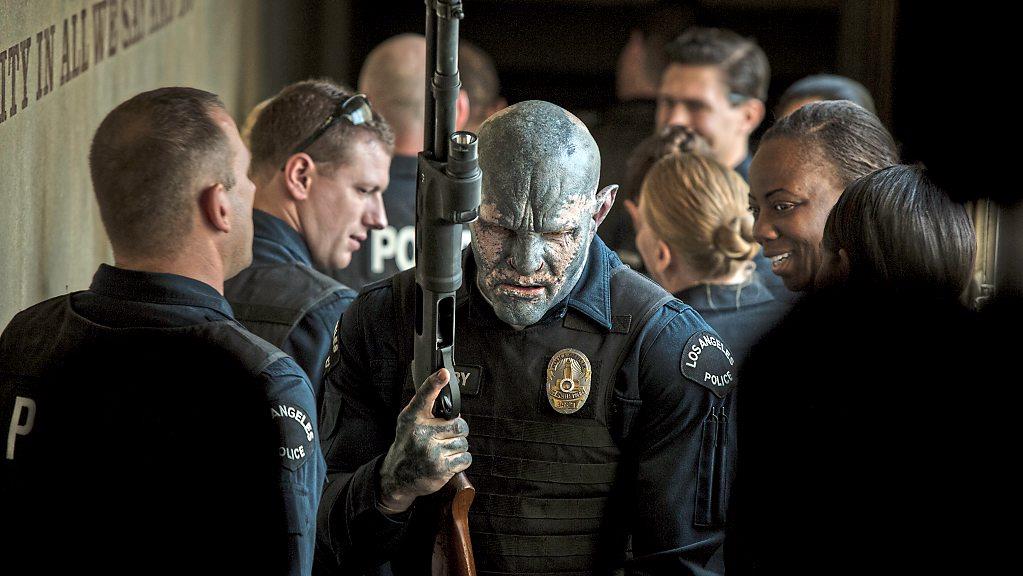 The 48-year-old is cast as a hard-nosed policeman assigned to partner his unit’s one and only orc officer — yes, orc! — played by Joel Edgerton. The double act try to save the world by protecting a mysterious relic.

PREVIOUSLen returns with a ‘whizz of a quiz’

NEXTClaudia: I don’t always tell the whole tooth to my kids