EWAN McGREGOR has poked fun at himself as bad weather put a damper on his Trainspotting 2 publicity event.

As New York was battered by Winter Storm Stella yesterday, the amused star posted a picture of a hallway entirely free of press.

He captioned it simply: ‘T2 press day. NY. Where are the press though?’

Later, proving that he saw the funny side of his abandonment, Ewan posted another pic of himself at the end of the deserted corridor, writing: ‘Well I am here!’ 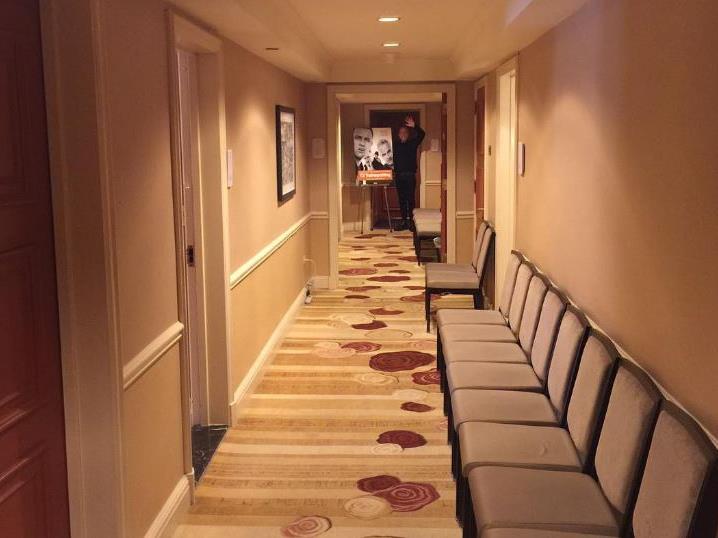 The day before, Ewan was also in jocular mood about the other big movie he’s currently involved in — Beauty And The Beast.

Responding to the fact that an Alabama cinema has pulled Disney’s reboot over a ‘gay moment’, he told The Late Show host Stephen Colbert: ‘There’s a lot of gay sex in this cartoon and I think if you live anywhere near Alabama you should not go and see this film.

‘What would Jesus think?’

NEXTIt’s a Winnie formula for Lewis